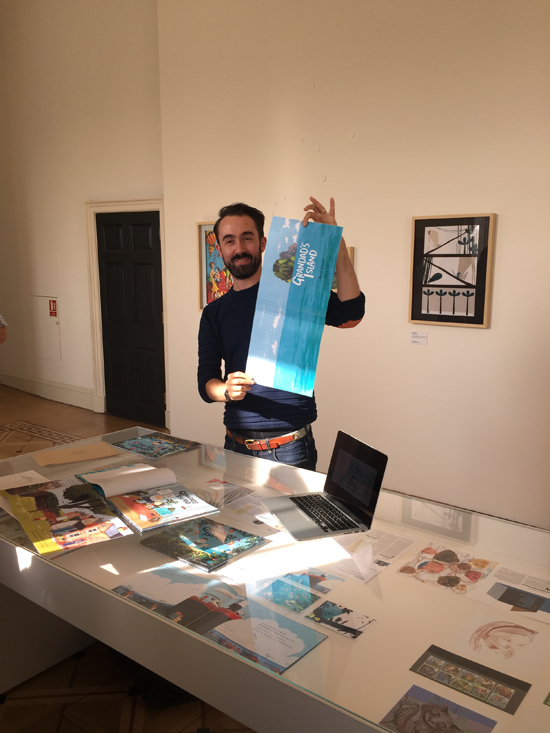 This is Davies’s second book as an author/illustrator. ‘Grandad’s Island’ is about the relationship between a boy and his granddad, it delicately explores the theme of death by exploring the essence of remembering someone and the things you did together, giving great importance to memories. 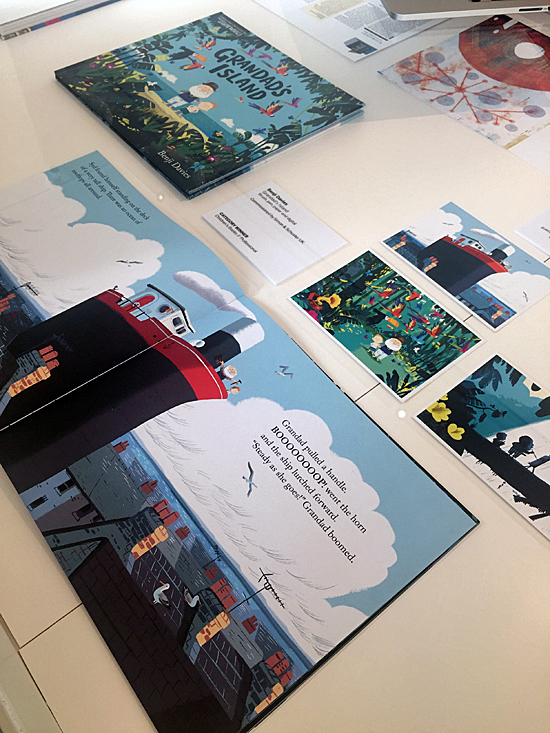 Davies talked to those present about his process, showing us his dummy books and thumbnails, everything that was thought about/ changed/ developed leading up to the final edition. 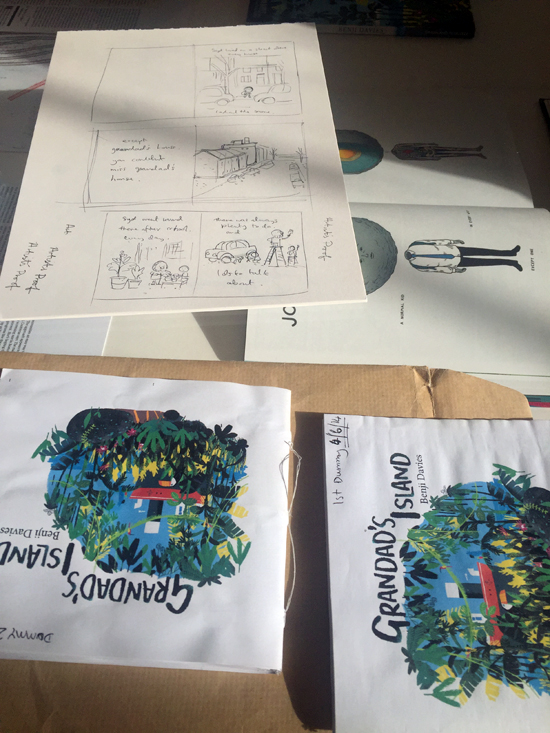 The question of inspirations was raised and Davies explained how his memories of his grandfather was a large influence in creating the story. A trip to Thailand was another large inspiration for Davies, where he found the perfect colours and settings for the Island. 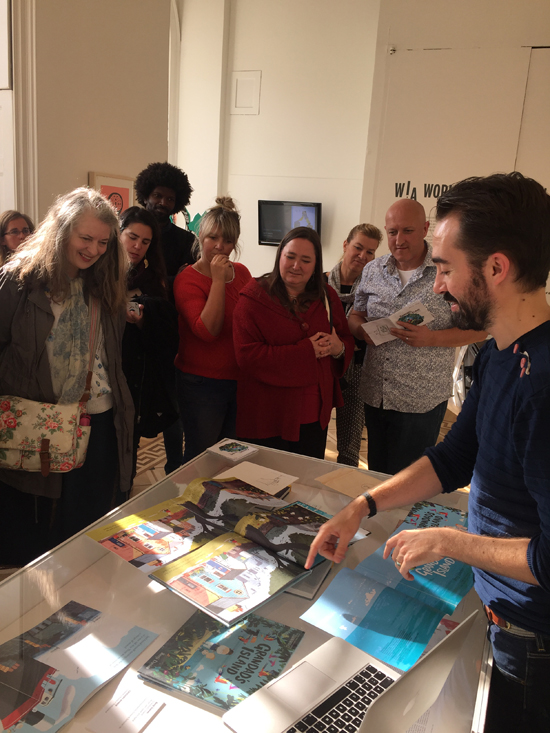 Davies mainly created his work digitally, however he divulged that some brush pen on paper techniques was used to create textures in his illustration. Davies aimed to evoke and celebrate core human emotions and experiences through his illustrations, wanting to bring history and life to his characters. 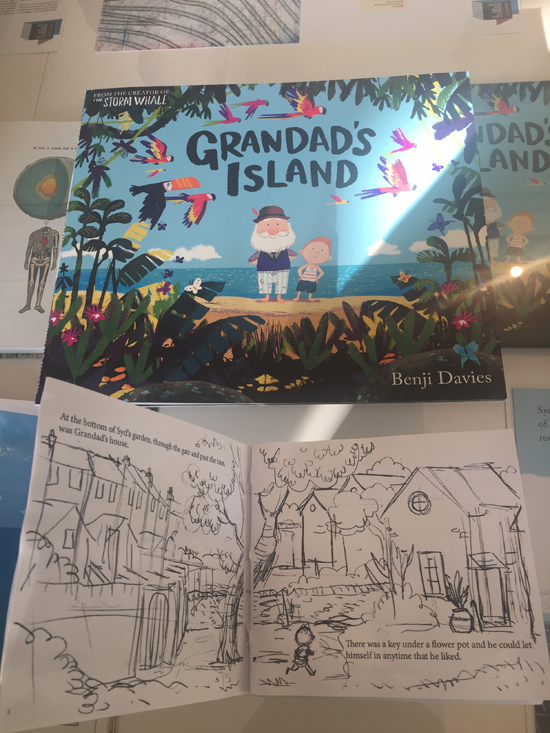