Why did you make this work:
Those three pictures are from a commissioned project to explain the terminology of blockchain. What makes me really excited about the project is that I have the right to do it as creative as I can.

How was the illustration used:
This project was initially made for a series of online articles to demonstrate the terminology of blockchain, then was developed to a book.

How did you make this work:
Basically the process is that I would get texts explaining the terminology about blockchain such as "Zero—Knowledge Proof" from my editor, then I could decide how to demonstrate those texts into visuals on Photoshop.

Biography:
YuSang is a freelance illustrator and designer based in Beijing, China. He studied the major Industrial Engineering, but decided to pursue his dream as an illustrator since he graduated from university in 2015. His specialties include lifestyle illustration, advertising posters, children's publishing, and animation styling. Clients include magazines like GQ and Condé Nast Traveler, press like CITIC Press Corporation and Block45, companies like BIBF, China Minsheng Bank Corp and DiDi. 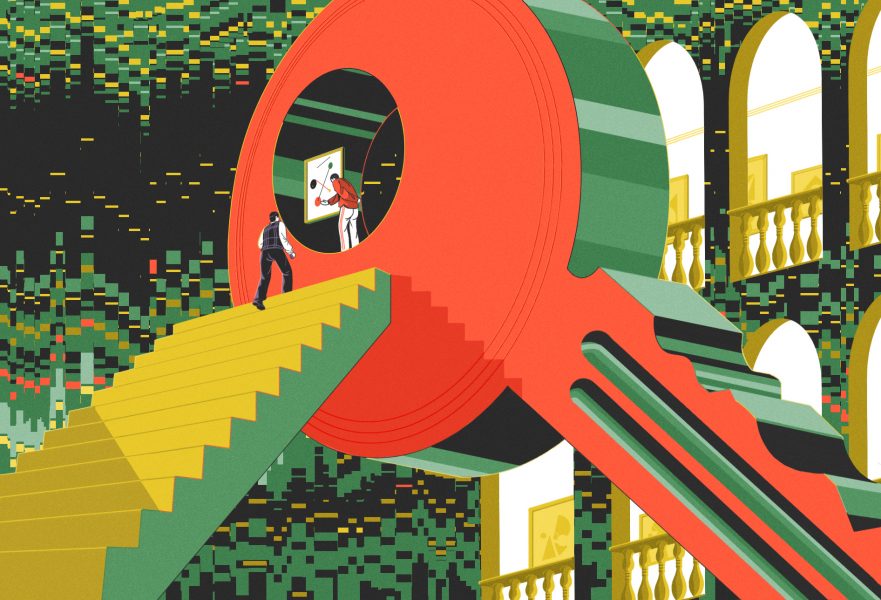