Why did you make this work:
Initially, I created the one with the white background to contribute to the SEA CHANGE project held by ICPBS.  The project is concerned with the environment, the Earth’s oceans and sea life. Later I created the other one to explore more about this subject.

How was the illustration used:
Portfolio purposes.

How did you make this work:
I had very rough sketches of awkward and interesting shapes in my sketchbook. Then I composed them into new silhouettes as the drafts. Later I created the images entirely digitally in Photoshop.

Biography:
YiVon Cheng graduated with an MFA in Illustration from Edinburgh College of Art in 2018. Before that, she was a surfacing artist and worked on several animation projects, but her passion is Illustration. She is now an illustrator, art educator and lives in Taiwan. 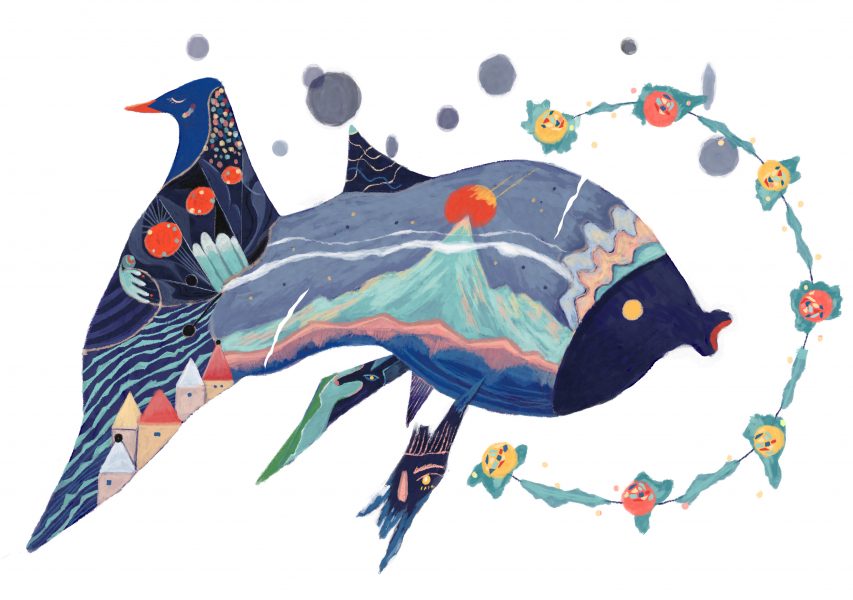