Why did you make this work:
This series called "Takeover" illustrates changing life styles because of climate change. The first work begins with the revenge of plants and nature, later works respectively illustrate the collapse of legislative building which represents.human civilization, the destruction of roundabout which shows traffic progress, as well as the change of the department store symbolizing economic activities.

How was the illustration used:
This series of work could be used in environmental awareness campaigns, as well as illustrations in publications

How did you make this work:
All four works are about 28cm × 38cm, painted by pen and ink. I choose the most delicate pen point, striving to depict every detail in the work.

Biography:
Weibin Lin grows up in Shanghai and he received his master degree of Fine Arts in China at 2008. Living in Winnipeg for over one year has inspired his recent art creations, as a result, his multiple works were selected by both international exhibitions, such as WIA Awards 2021, American Illustration 41 for 2022 and domestic exhibitions, like Shanghai Youth Fair 2020. 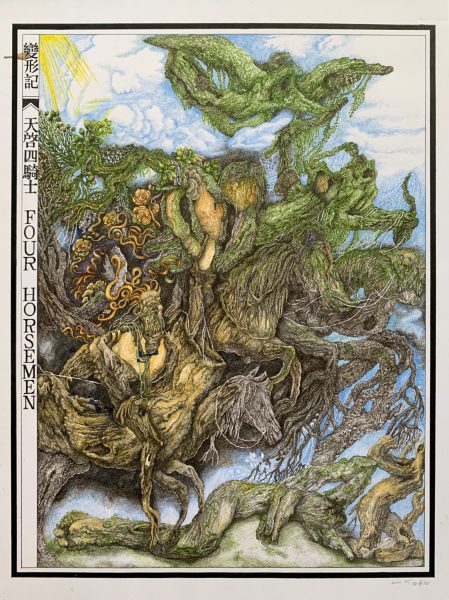 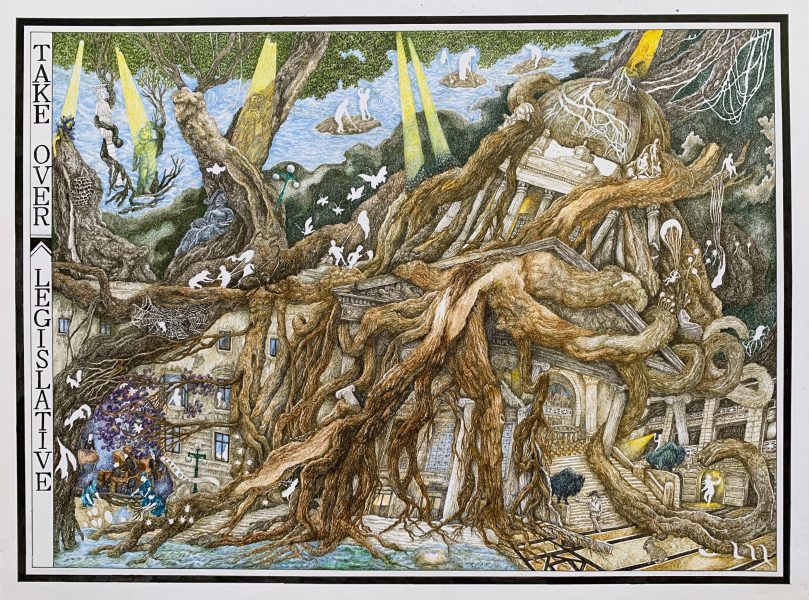 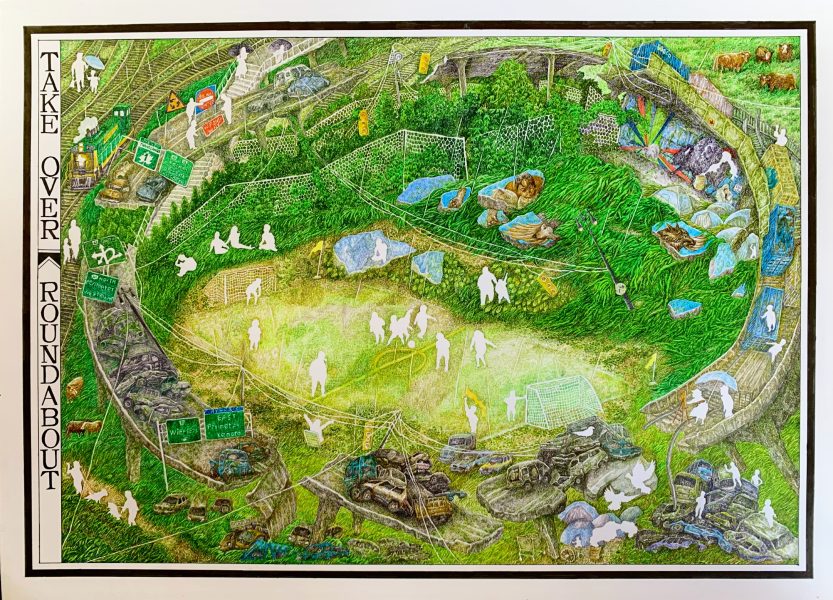 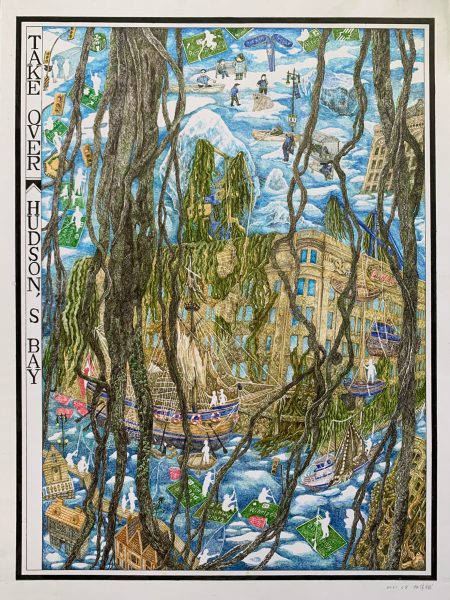