Why did you make this work:
I volunteered as part of the MIA3J (France), a new festival specially dedicated to female musical creation. I wanted to support this great initiative by participating and paying tribute to the guest singers : a commitment to women but also a love of singers that took the form a symbolic portraits inspired either of their lives or of their artistic universes.

How was the illustration used:
The illustration was used as embroidery applied to the singer's stage clothing but also as a printed illustration exhibited as part of the Festival. I made the printed portraits of 11 singers and made the embroideries for 3 of them.

How did you make this work:
It all started with making contact with the singers; then I created a sketch which took the form of an illustrated symbolic portrait. The whole was meticulously vectorized, then transformed into embroidery stitches for the mechanical production : it was a very meticulous work, because the portrait is made up of multiple parts to arrange. Then, I recomposed it on the artist's outfit for D-day.

Biography:
Virgen, is an illustrator, designer and graphic design teacher. After training in fashion design at the ESAA Duperré school in Paris, she developed an appetite for drawing, color and pattern.In April 2019, she launched her brand of embroidered accessories, marked with a very artistic imprint. She deploys her multi-ethnic, symbolic and a bit mystical universe on the embroidered material that she loves so much and to which she brings a very contemporary tone. The themes she addresses vary, however, according to her meetings and collaborations, but her creations are always meaningful and have a story to tell. Several major brands have called her for collaborations or orders, including Adidas and the Galeries Lafayette.She is also freelance illustrator and her graphic universe lending itself to multiple supports. 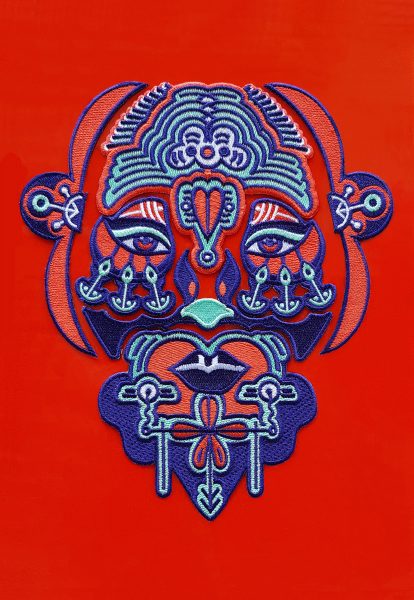 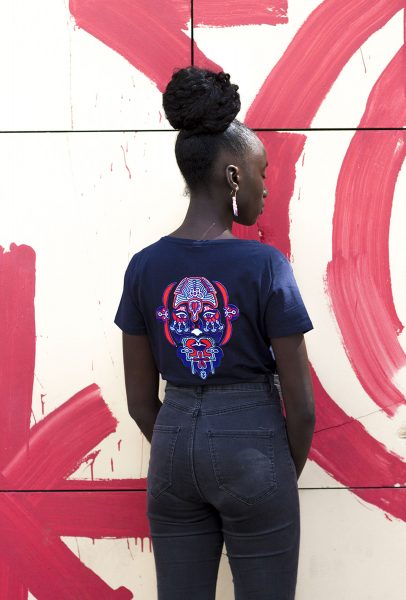 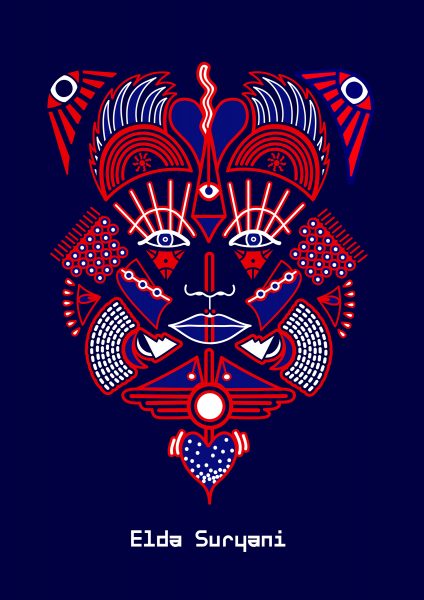 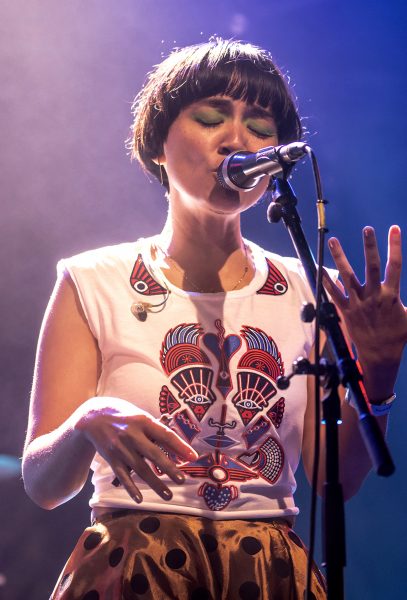 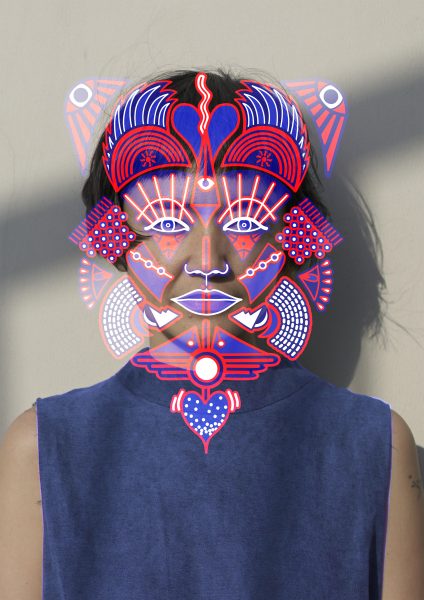