Why did you make this work:
A visualized theme of my essay and research about escapism, daydreaming, disclosure, mental health, and unconsciousness. I used my underlying emotions and experiences as primary resources.

How was the illustration used:
Print/Digital

How did you make this work:
Some of the prototypes were printed by Riso and developed into digital drawings. I used colors that are hard to find in this reality to represent the idea of escapism and daydreaming. These creatures are my imaginary creatures or inner inspirations that sometimes appear in my reality.


Biography:
Her mental issues serve as the main inspiration, giving uniqueness and personality to her artworks.Tsugumi Someya is a London and Tokyo based Japanese artist. Current BA graphics and communication student at Central Saint Martins in London, and graduated with a Liberal Arts degree from the University of Hawaii in the US in 2014. She works on a wide range of media, such as animation, illustration, photography, VR, and visual designs. Her earlier themes about escapism, daydreaming, and disclosure evolved to her current inspirations, which is based on her own experiences and mental health during the later stages of her studies. Currently, she is working on VR animation about loneliness based on her experiences and loss. 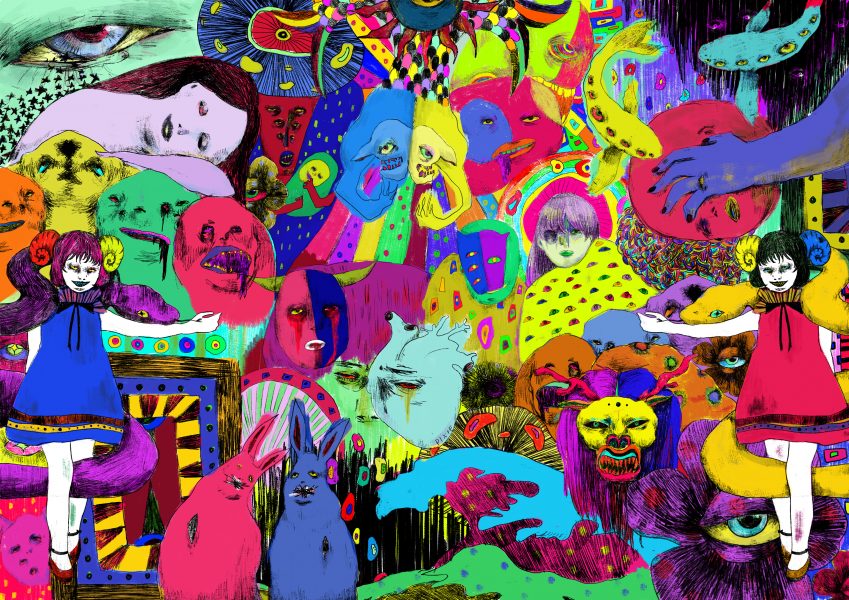