Brief Requirements: Create a powerful, clever and witty image to elevate the headline, 'Testing times, how far can Trump go?' for use in a campaign to promote the Telegraph newspaper's new app.

Key Brief Ideas: Taking inspiration from Donald Trump's cobweb thin hair blowing in the wind, the idea occurred to me that it could be easily shaped into a question mark, and so beautifully answer the brief.

Commissioned For: The Telegraph Newspaper 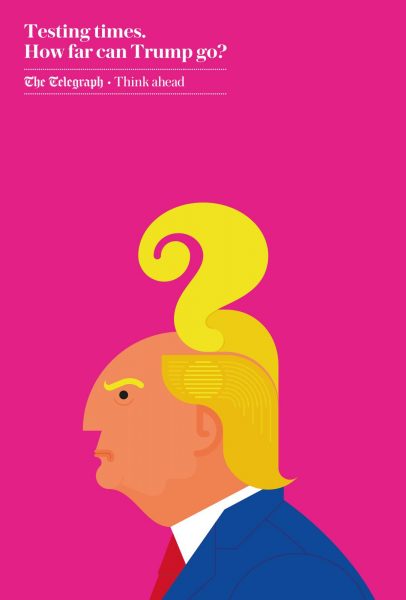