Why did you make this work:
The brief was to create a lead image for an article (titled "Two Tribes") about the influence of social media on opinions and political participation, especially about how social media could divide us by means of populism.

How was the illustration used:
The image was part of the (printed) magazine "Weapons of Reason" (the Power issue).

How did you make this work:
I decided to show two people screaming at each other through social media - symbolized by showing their screaming mouths as smartphones. I wanted a bold, colorful opening illustration for the article, that transports this social media/attention drawing/opinions war topic as direct as possible.

Commissioner Company :
Human After All 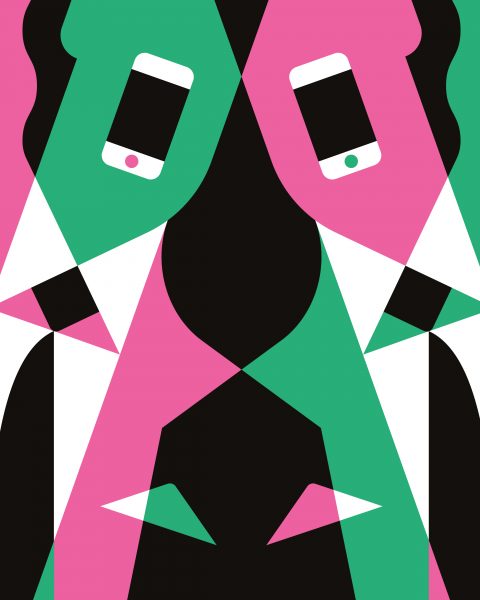