Why did you make this work:
How the current state of the arms trade means it's a 'buyers market', ie. there's more suppliers than ever and buyers can afford to be choosy. It used to be countries either bought American or Russian, now they can go to China or Japan or a combination of all. Something quite simple that can illustrate this idea that there's now plenty of sellers, and they're all clamouring for choosy customers.

How was the illustration used:
Used in the international section of The Economist, in print and digital.

How did you make this work:
For this brief I worked upon the idea of a deal and how to symbolise that. I went through a variety of concepts including a gun market, shopping bags and other consumer imagery but ultimately landed on a handshake. It was impossible for me to not include at least one gun in the image but I wanted to draw it in a way that was subtle. I achieved this by using the shape of the sleeves as gun barrels.


Biography:
I am a freelance illustrator focussing on conceptual illustration, taking imagery and themes and subverting them to create new meaning in intriguing and thought provoking artworks, working for clients such as The New York Times, The Guardian and The Economist. I studied BA (Hons) Illustration at Falmouth University where I achieved first class honours. I like to challenge myself with self-initiated projects while sticking to strict deadlines. 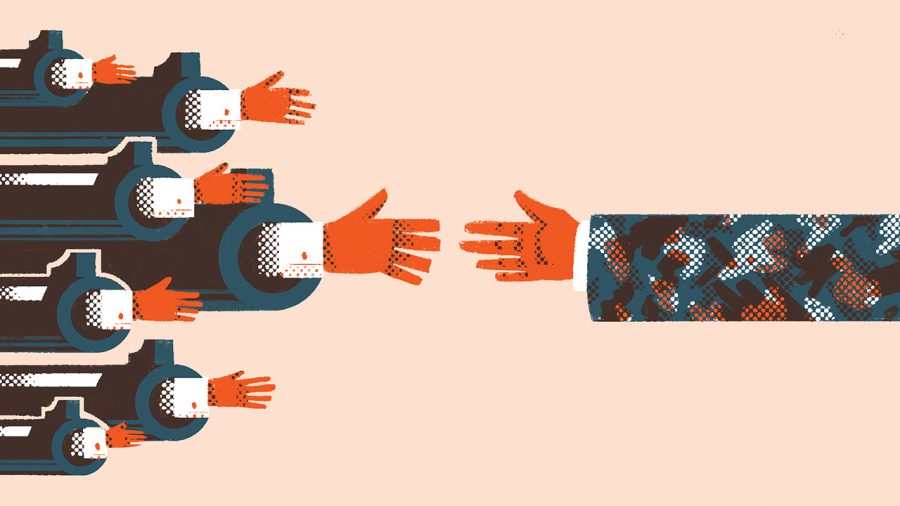