The Oge Creative Group invited Carbone to create one queen of spades for their installation "House of Cards", during the Amsterdam light festival. Carbone created the queen of spades allegorizes a woman who is malicious, spiteful and selfishly domineering. Carbone designed a small wound on the queens finger, caused from a touch of the tip of her sword, in order to emphasise the symbol of this card. 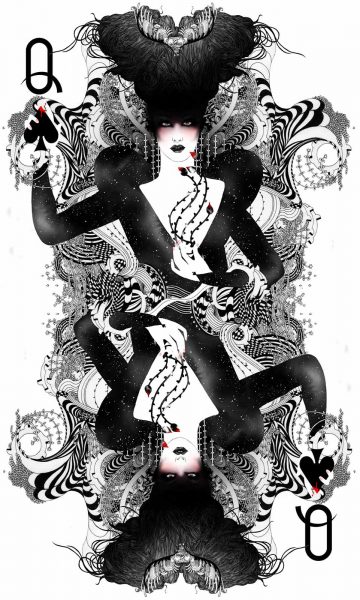