Why did you make this work:
I created these illustrations as part of a 10 part series based on The God of Small Things by Arundhati Roy. I chose the book because of the complexity of the characters and the idea that it tells two stories, one is of the characters themselves, and one is of a larger political and historical scenario. I tried to explore the tenuous relationship between the two

How was the illustration used:
The series was intended to be illustrations for a hypothetical illustrated editions of The God of Small Things as part of my thesis project at the School of Visual Arts

How did you make this work:
I used gouache on watercolour paper, laying on thick strokes to build texture and then finishing with finer details and patterns to capture the richness of the setting (Kerala, India), and make use of the versatility of the medium.

Biography:
Tara Anand is an illustrator and visual artist from Bombay, India. She is currently pursuing a BFA in Illustration from the School of Visual Arts in New York. Her work tends to draw from books, history and her surroundings and she enjoys working with female-driven narratives. She has worked primarily on editorial and children’s book projects. 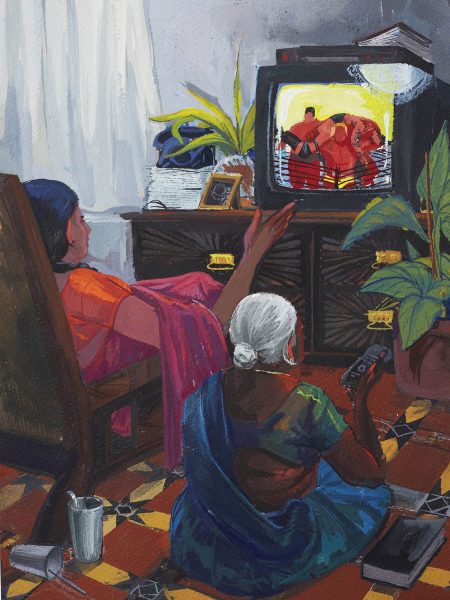 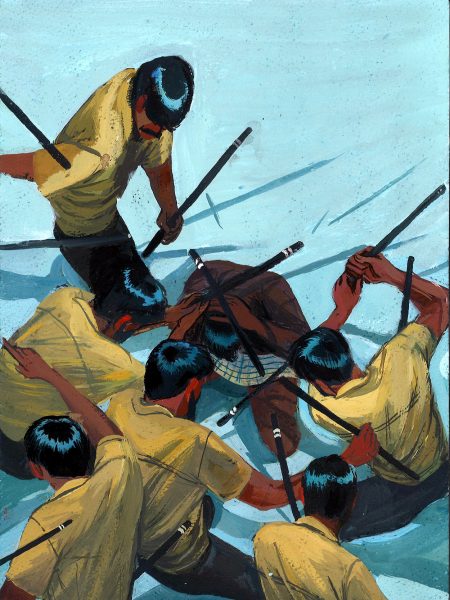 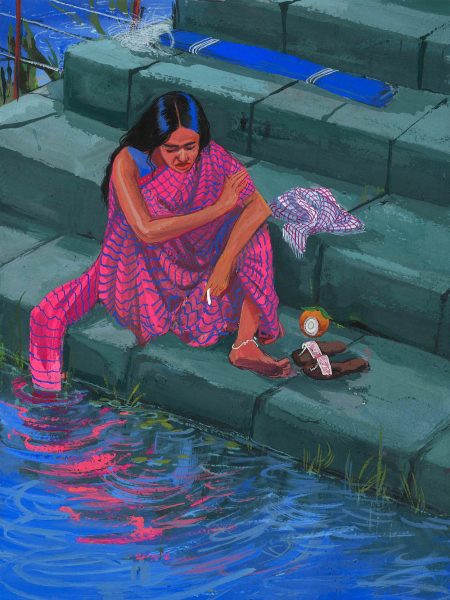 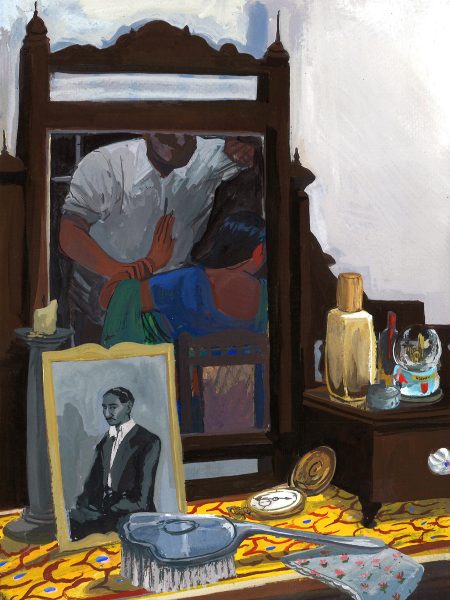