Key Brief Ideas: The titles of these political cartoons are ‘Selfie’ and ‘Drown in the Politics’. It was created to satire the brutality of the negligence and selfishness of the world in response to the Syrian refugee crisis. It was also attempted to convey that the refugee crisis is reflection of all of us, mirroring the dark side of human nature. The second image was designed to criticize the indecisiveness of NATO on Syrian refugees as the tragedy continues to get worse. I wanted the images to be recognized easily and immediately. To achieve the sense of alarming, I used the simple design, bold colors and (sadly) the famous images of Alan and refugees on a sinking boat, that have become part of the very recognizable images of this crisis. 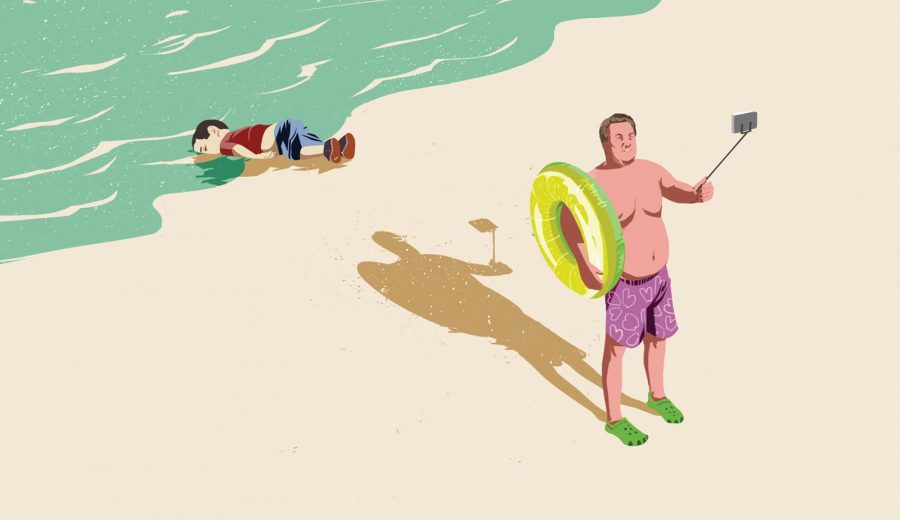