Why did you make this work:
Cover for the album R.U.R. by my electronic music group The Shanghai Restoration Project. The album imagines a world in which humans have been replaced by robots who are trying to understand what led to its predecessors' extinction. The lead song is inspired by a recent Go match where Ke Jie, the No. 1 Go player in the world, lost to the Google developed A.I. AlphaGo.

How was the illustration used:
Album cover design

How did you make this work:
Aside from the obvious A.I. references, the scholar’s rock is a nod to the cultural tradition of the Go game. The coral tree alludes to both a binary tree and neurons while the Chinese characters inscribed on the Go pieces represent 0 and 1, the fundamental elements of binary code. 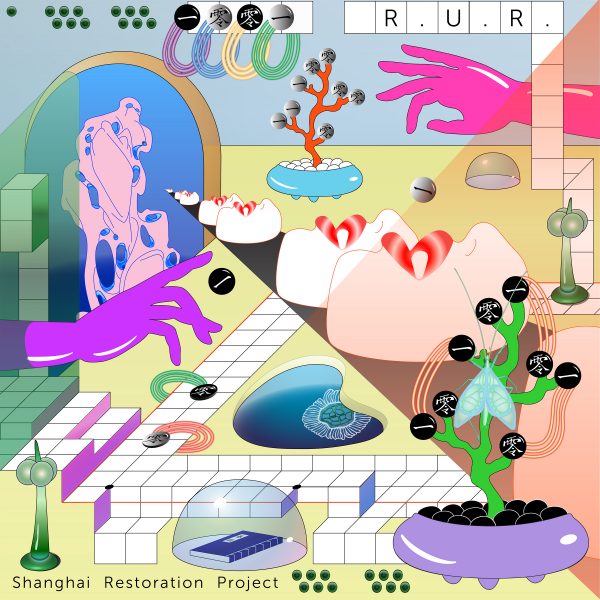