Why did you make this work:
To Produce an illustration for the Royal National Lifeboat Institution (RNLI) Annual report which shows all aspects of the volunteers contributing and building a foundation to 'lifesaving that lasts' .

How was the illustration used:
Annual Report/Posters/Awards and general promotional.

How did you make this work:
It was an honour for me to do an illustration for the RNLI as they are such an amazing organisation as they have save more than 140,000 lives since the organisation began in 1824. The brief involved an initial brainstorming discussion with the directors and designers.Which had to encompass the idea of all aspects of the charity working together and building a future of lifesaving that lasts. 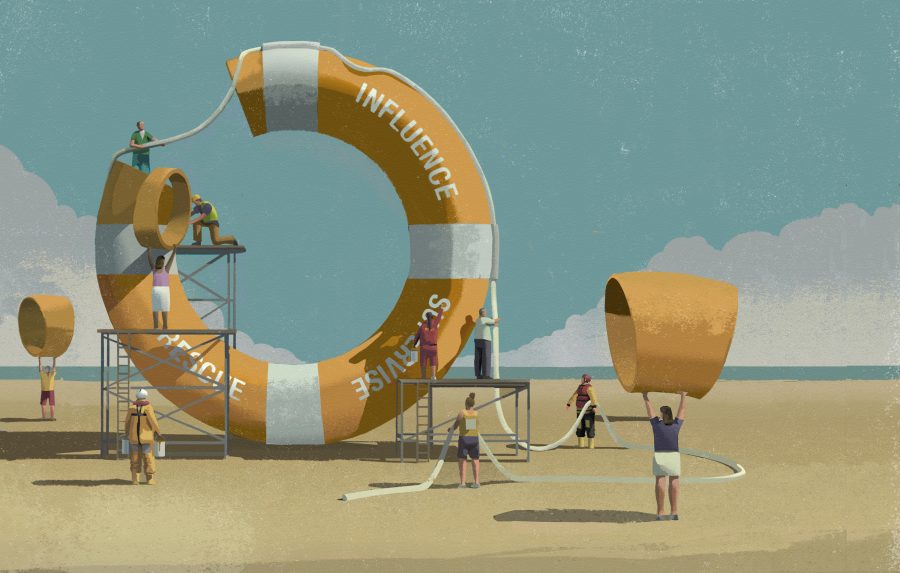