Why did you make this work:
I was commissioned by data driven design agency CLEVER°FRANKE and cultural city lab RAUM Utrecht to design a visual identity of a playful event that engaged people with data: Cirque du Data. Cirque du Data was a festival and exhibition experience, combining theater, circus and technology. The event let citizens explore interactions with data to discover what their ideal ‘datafied world’ looks like

How was the illustration used:
The illustrations were used to visualise the diverse society of the district. Locally collected open data was being exhibited, subjected to experiment and exposed the urban life of residents in this district. The visual identity was used on the festival itself and in the promotion of the event. It consisted of online and public space communication: posters, banners, social media and newspapers

How did you make this work:
The idea of repurposing the circus demanded an audacious design. Referring to classic circus poster designs by using a limited pallet, overprint effects and a simple shape language. The challenge was to use these restricted ingredients to create diverse and unique characters representing the inhabitants in a lively way.An added digital data layer shows the interaction between humans and their data


Currently Based:
Amsterdam, The Netherlands

Biography:
Steffie Padmos is an illustrator who loves revealing the aesthetic details of the (natural) world. She makes illustrations and infographics - always with an artistic approach and often with a scientific foundation. Her projects are commissioned by museums, design studio's, advertising agencies, publishers and scientific institutes. Steffie has a MA in Scientific Illustration and a BA in Illustration, from the Academy of Fine Arts, Maastricht, NL. 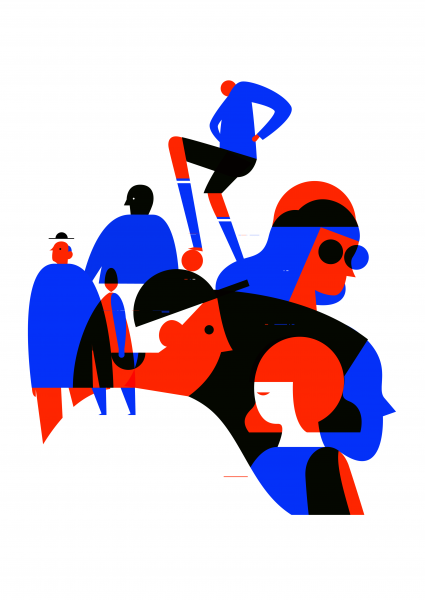 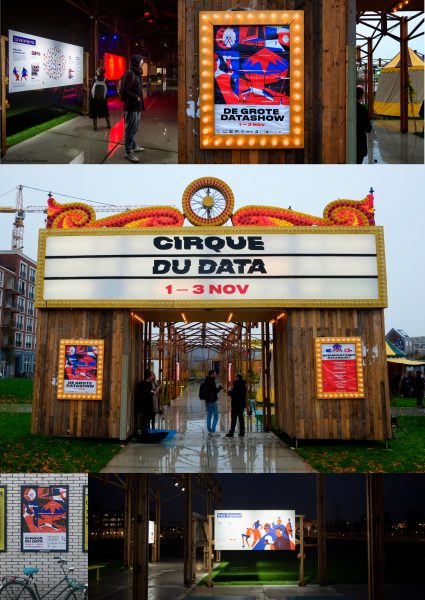 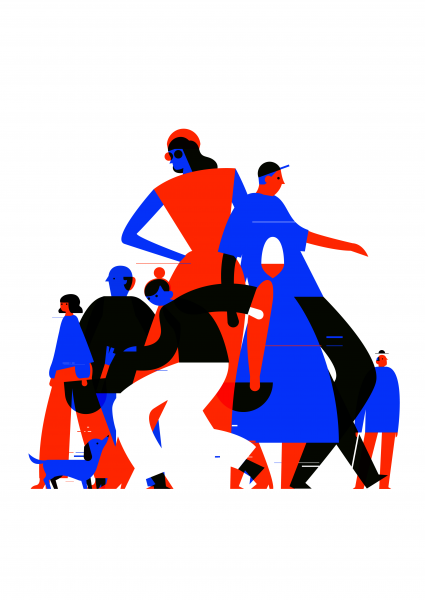 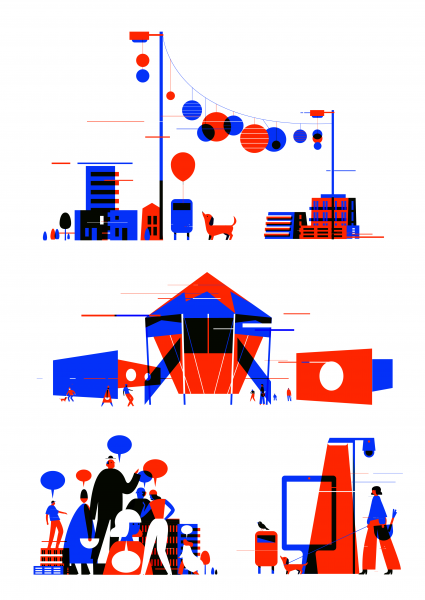