Why did you make this work:
Nathan Englander is a Jewish-American writer.In his article,Englander reflects about the time he went to Israel in 1996 to help during the rapprochement between Israel and Palestine. He returned to the US in 2001-frustrated-as the peace process was not progressing;no bridges were built by either sides, living on the same land but in two different separate realities without ever meeting each other.

How was the illustration used:
Printed on newspaper - full page

How did you make this work:
This Illustration has been commissioned for the newspaper column "The story of the month" published on La Stampa. The image of these two separate realities described by the writer, was the starting point for creating my work. I wanted to bring that metaphor alive and transmit graphically this sense of missed-opportunities to meet.


Biography:
I'm a freelance illustrator and graphic designer based in London. My most recent illustrations were published in newspapers such as La Stampa, Il Corriere della sera, de Volkskrant as well as in books such as “For the Gods of Girsu” published by Archaeopress and written by a lead archaeologist at the The British Museum. 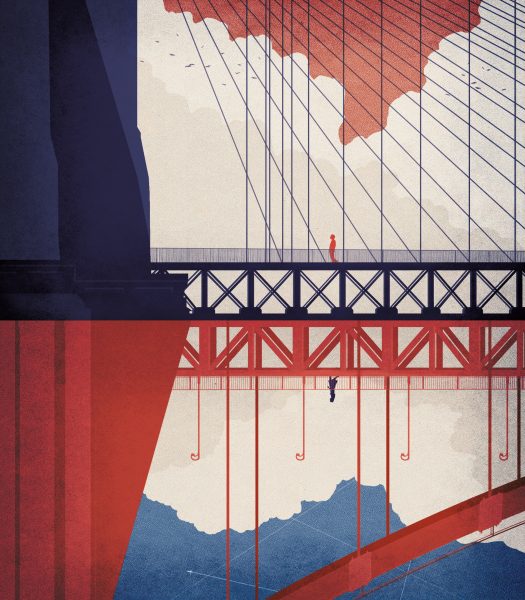