Why did you make this work:
I was commissioned by the Agency for Science and Technology, Singapore (A*STAR) to create the cover story illustration of its flagship title—A*STAR Research. In celebration of its 30th anniversary, I documented the vast variety of science and technology research achievements in the institution over the past three decades—from immunology to materials research and bioengineering.

How did you make this work:
The illustration was created digitally using Procreate and Adobe Photoshop.

Biography:
Shelly is the senior designer for Wildtype Media Group and its flagship titles—Asian Scientist Magazine, and Supercomputing Asia. She also designs projects for the company's custom publishing unit and works closely with clients to develop a broad range of editorial products such as books, magazines, videos and white papers. 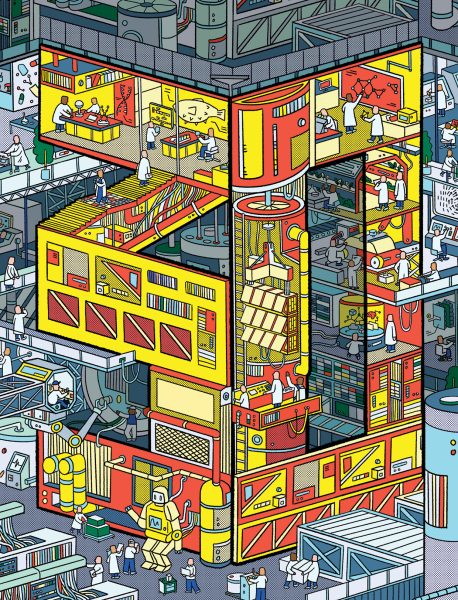 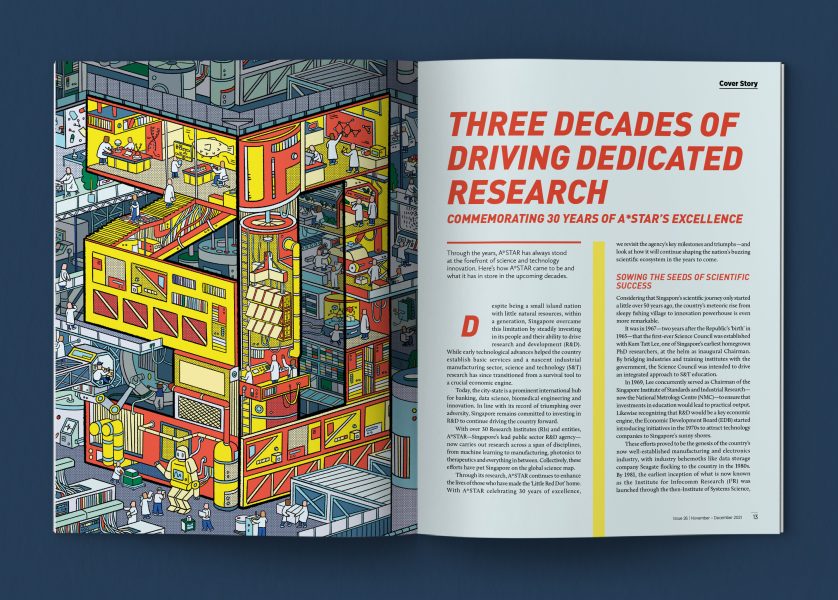