Why did you make this work:
An editorial illustration made For BBC Science Focus for the Aleks Krotoski column about the sudden interest in the Metaverse and how this concept isn't new with the likes of Second Life and Minecraft preceding it but also questions whether the Metaverse can push beyond their own virtual borders to produce a virtual globe in it's truest form.

Biography:
Scott Balmer is an illustrator who lives and works in Scotland, United Kingdom. He creates weird and wonderful illustrations with bold colours and shimmering textures with a little hint of psychedelic vibes to it.I have made work for clients such as Wizards of the Coast, Google, Affinity by Serif, X, Mother Jones, MIT Technology Review, The Guardian, The New York Times, Paramount Pictures. 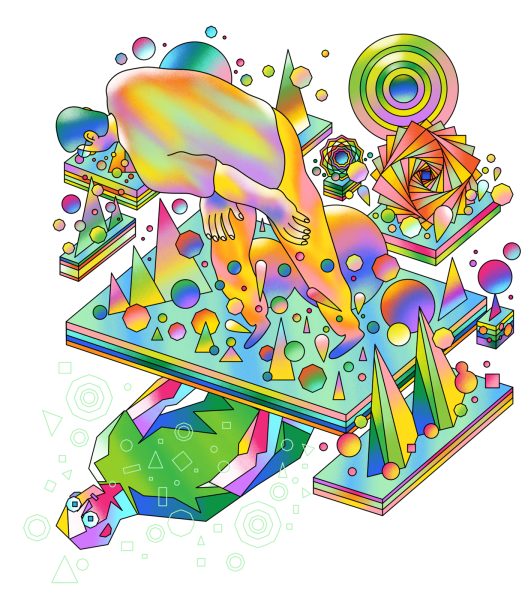