Why did you make this work:
I designed and illustrated this cover while working in-house at Transworld Publishers. I was briefed by the book's editor Marianne Velmans - she told me the general themes and style of the book and gave me an excerpt of the manuscript to read. Also that she wanted a sumptuous approach, with hints of mysticism and a nod to its historical setting.

How was the illustration used:
The illustration was used on the UK hardback jacket of Once Upon a River by Diane Setterfield. It has since also been adapted for use on both the UK and US paperback.

How did you make this work:
I worked up various ideas for this cover design and illustration, but the idea of the type-on-flowing river really stuck straight away. The individual elements were draw by hand in pen, scanned and then layered up in Photoshop.

Biography:
Sarah Whittaker is a designer and illustrator specialising in book covers. She has over eleven years experience in the book publishing industry. Sarah works across a range of genres and styles, whether highly decorative or boldly minimalist, with both first-time authors and big established names. She's worked with many major publishers including Penguin Random House, Simon and Schuster, HarperCollins, Little, Brown Book Group, Orion Publishers, Headline, Hodder, Legend Press. 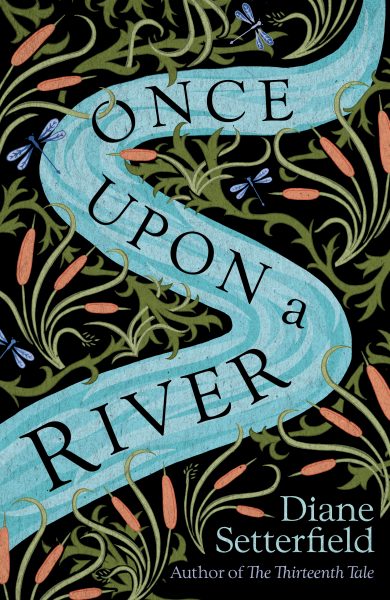