Why did you make this work:
Reflections on the "I", influenced by philosophical theories during the school years. This set of associations with the cosmic world and the "I" was created.

How was the illustration used:
Personal project that acts as a lead for portfolio submissions.

How did you make this work:
I have used my own image as the persona for this set of illustrations, five about my own perception of the universe in different scenarios. Each one is separate, with spatial restructuring and contradictory representations of the self, and I also use repetition to express this. The original artwork was done in Photoshop and procreate.

Biography:
Chen Ruxue is a Chinese illustrator based in London. She is currently studying illustration at the University of the Arts London. In the meantime, she has developed her own style of illustration. She usually uses mixed media but has recently started using iPads and has been exploring different forms and materials to display her work, including installations. 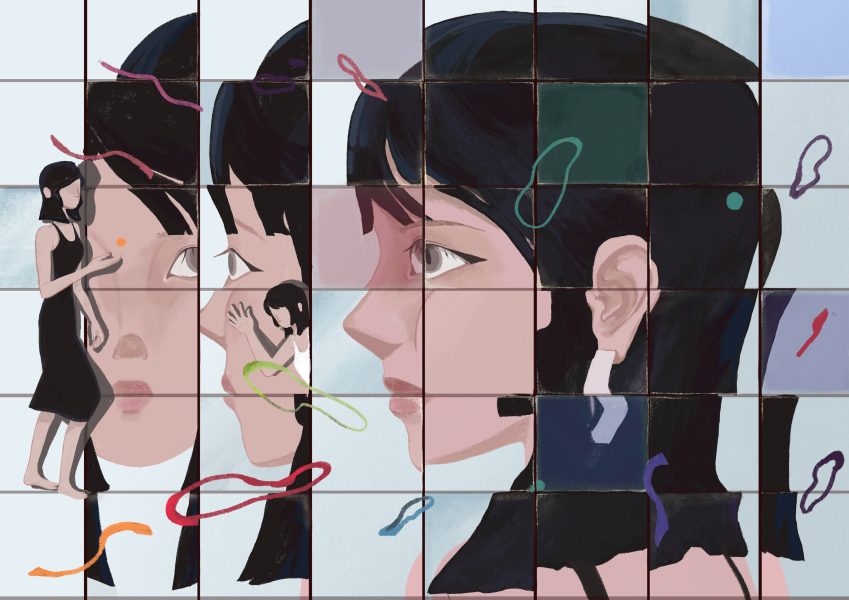 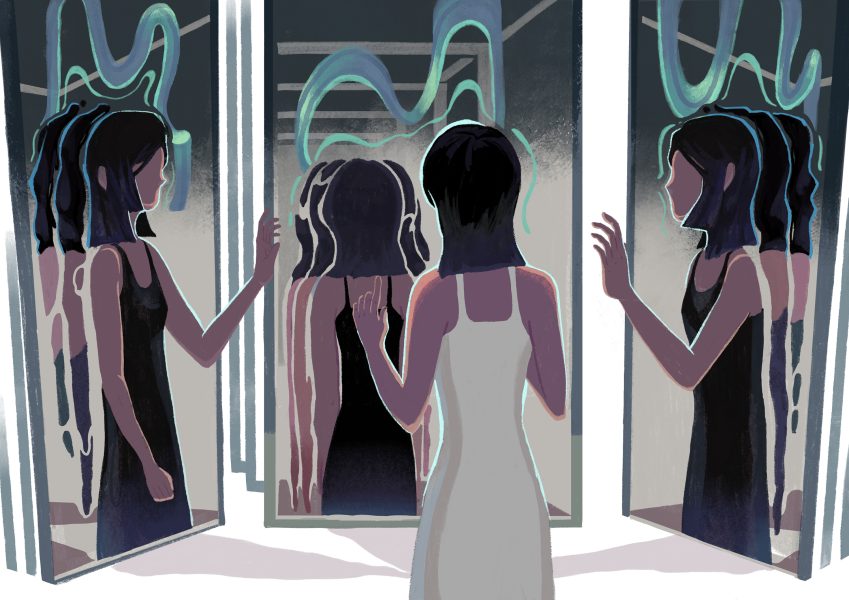 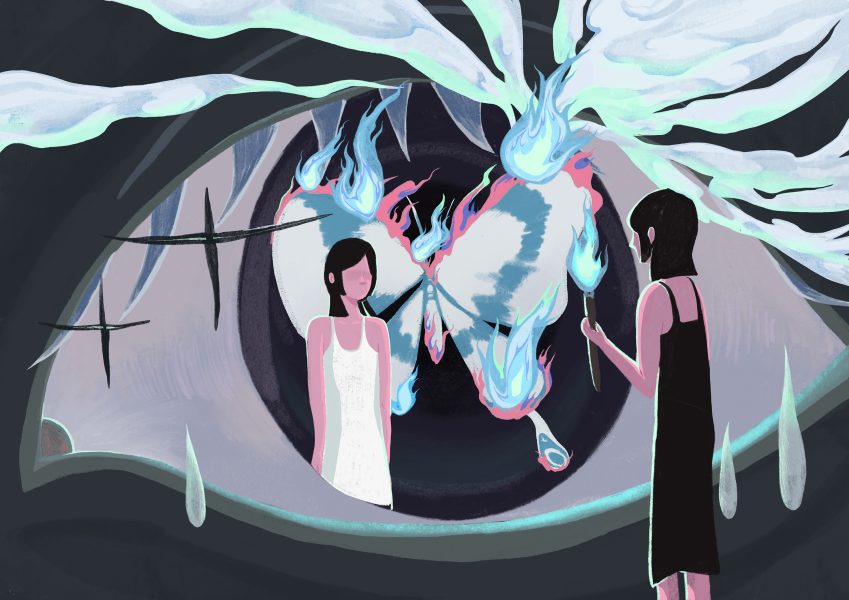 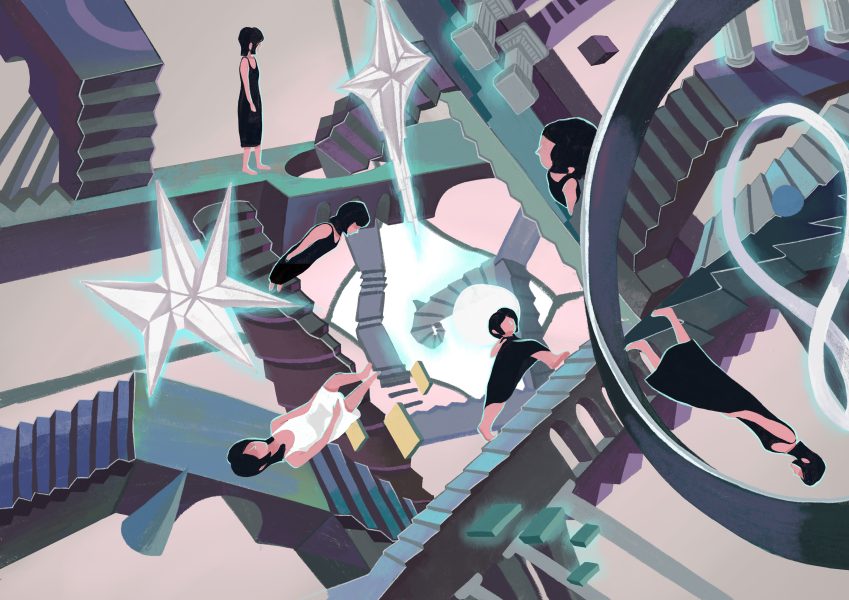 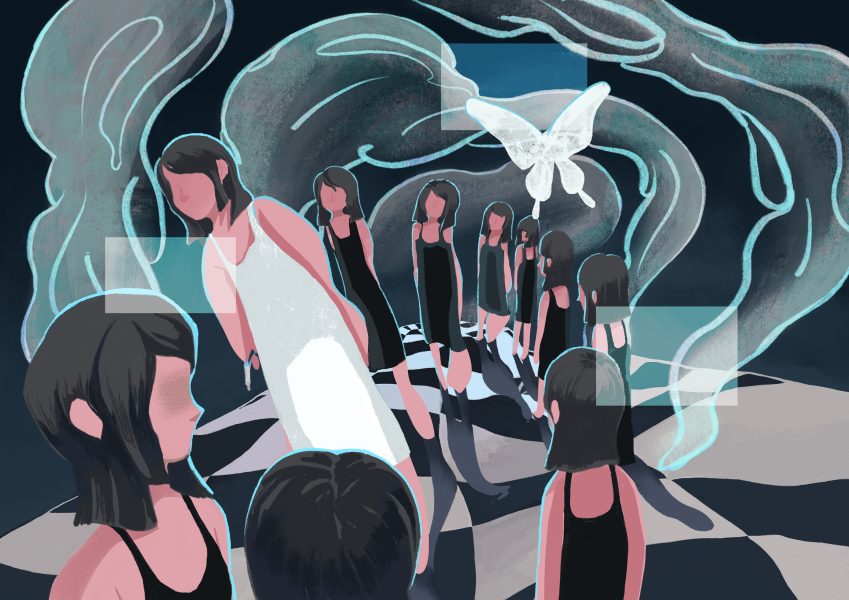