The illustrations were used on a set of eight Royal Mail stamps.

To commemorate England's hosting of the 2015 Rugby World Cup, Royal Mail commissioned eight brand-new illustrations depicting key moves from a rugby union game: the scrum, the pass, the tackle, the line-out, the try, the conversion, the drop goal and the ruck. The concept was to create really powerful and dynamic compositions that conveyed the power and energy in rugby union. The stamps could not show specific or well-known players due to image rights and they had to remain neutral and not promote any one country, as they were to celebrate the game. 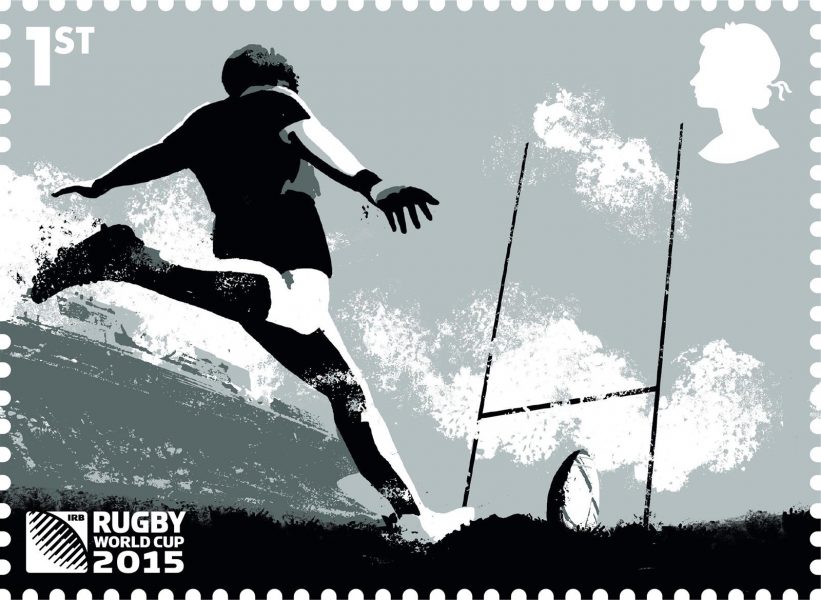