Why did you make this work:
‘The Distance of the Moon’ is a wonderfully surreal short story by Italo Calvino, based around the idea that the moon used to be very close to the earth, and people would jump between them, collecting 'moon milk'. I illustrated it as a risograph comic to challenge myself to create a silent narrative and to interpret the otherworldly nature of a story which I have always hugely admired.

How was the illustration used:
The illustrations were intended as a portfolio piece, but also as a chance to experiment with a more unusual way of using risograph. Although often associated with very bold colours and strong lines, it is possible to create a lot of detail with risograph printing, and I thought that the effect of the flat gold ink on dark blue paper evoked the rather strange and ethereal sense of Calvino's story.

How did you make this work:
The original drawings were done entirely in pencil, scanned and edited minimally digitally before the printing process. The final illustrations were printed as A3 risographs, using grain-touch to allow for finer detail and to create texture and depth, with flat gold ink on Imperial Blue Colourplan paper from G.F. Smith. Three full pages and two close up sections are shown here.

Biography:
Rosie Leech is an illustrator and designer currently based in the UK. She is interested in a wide variety of illustrative methods with particular reference to silent comics, narrative reportage and printmaking, working with a range of traditional materials and techniques, including ceramics. Following graduation at Edinburgh College of Art she has illustrated for Salt and Wonder, Like the Wind, and Counterpoint Magazine, amongst other work. 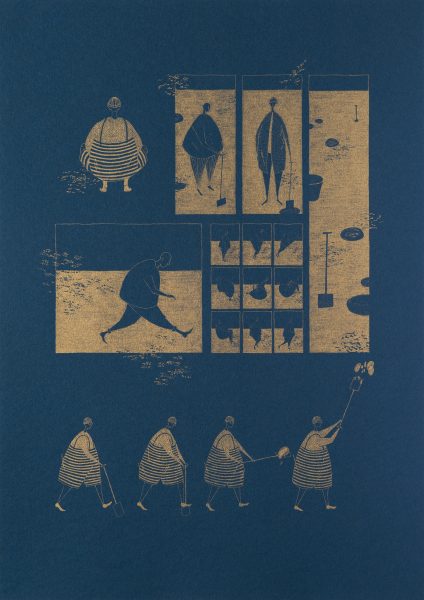 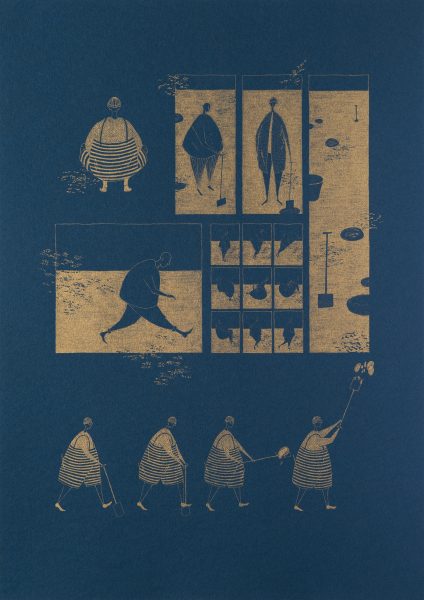 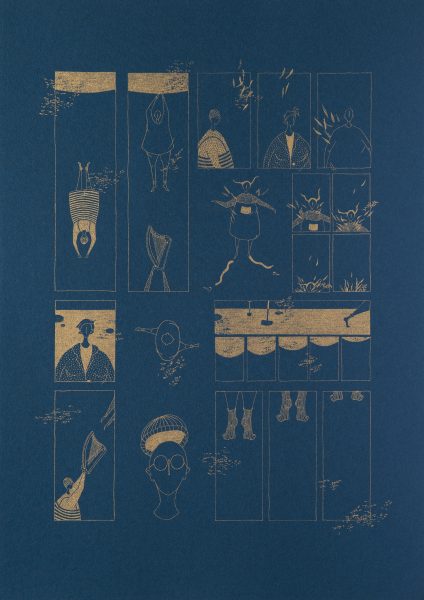 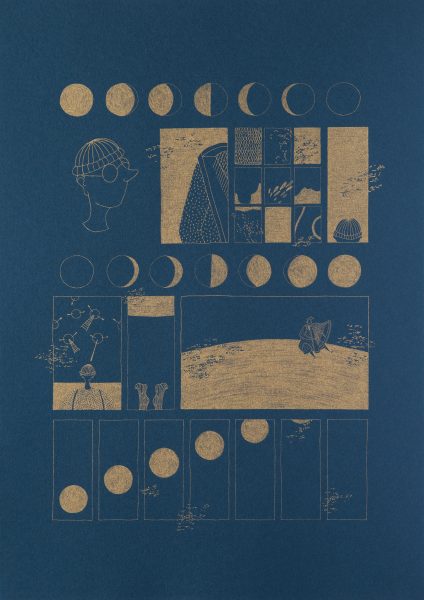 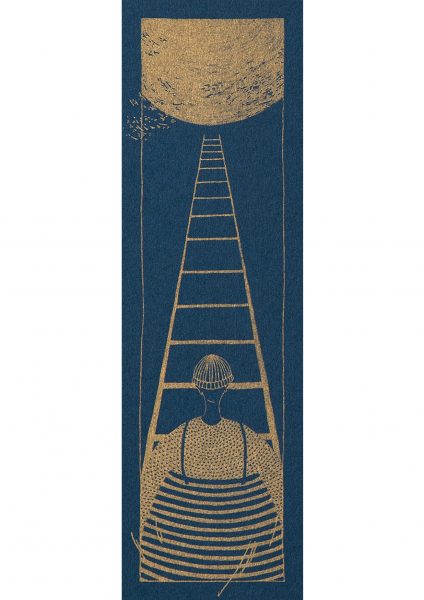