Why did you make this work:
I developed a narrative from an unpublished image I created from my sketchbook, shortlisted for the WIA 2015. The story became a 32 page wordless Children's Picturebook. It was commissioned by Faber and Faber and is due to be published later this year, entitled 'Once Upon a Snowstorm'. The illustrations tell the story of a single parent and his boy who live an isolated life in the mountains.

How was the illustration used:
Children's Pictuebook

How did you make this work:
The boy's adventure begins after he becomes separated from his father in a huge snowstorm whilst hunting. He meets a group of strange animals, led by an impressive bear, hiding in a cave. The story deals with themes such as loss, forgiveness and friendship, also exploring the subject of aniaml rights. The artwork was created through a mixture of acrylic, pencil and digtal techniques. 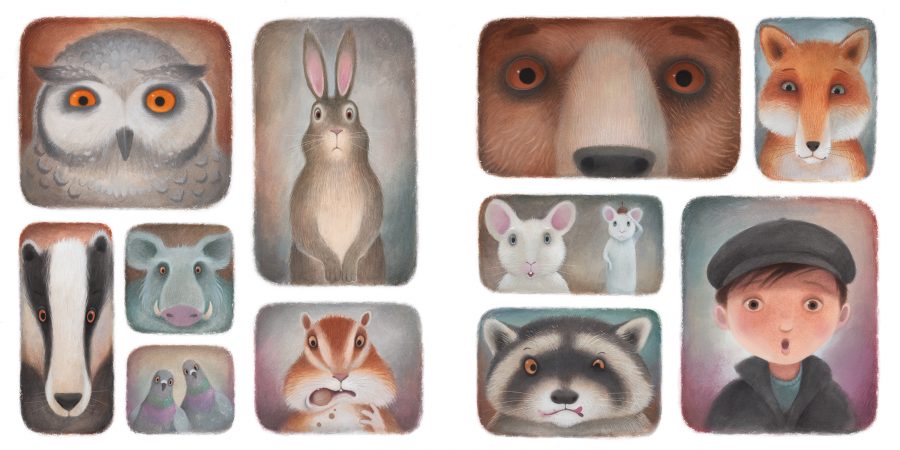 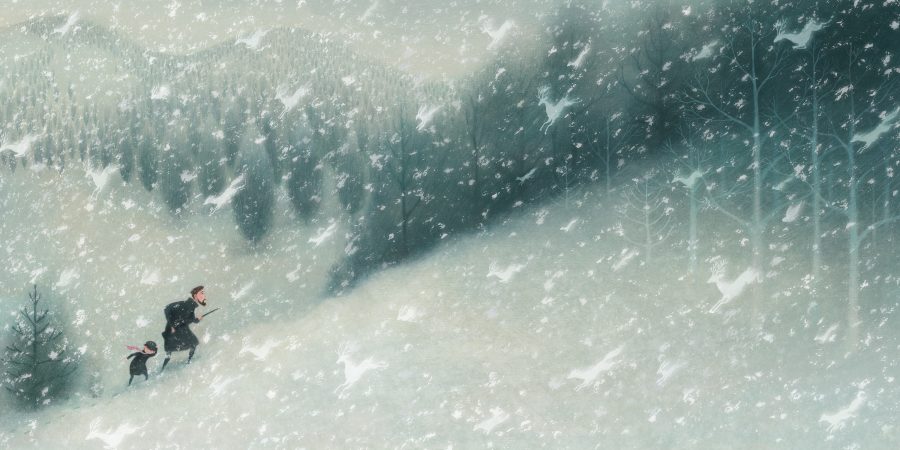 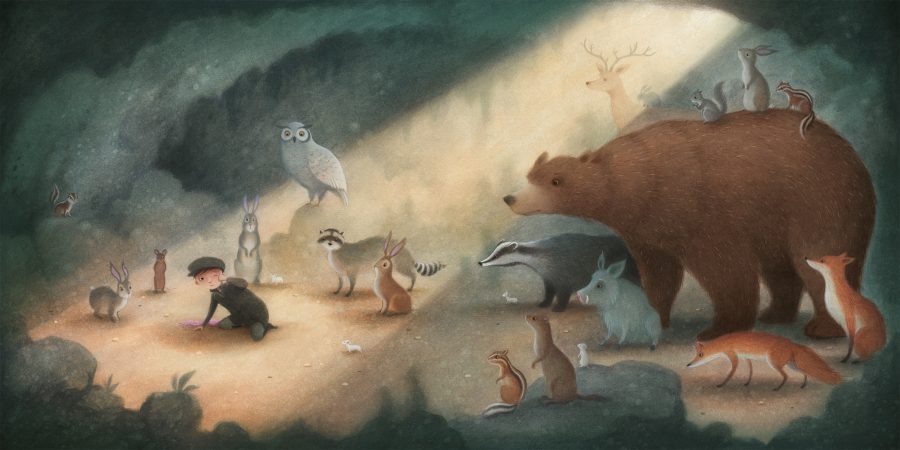 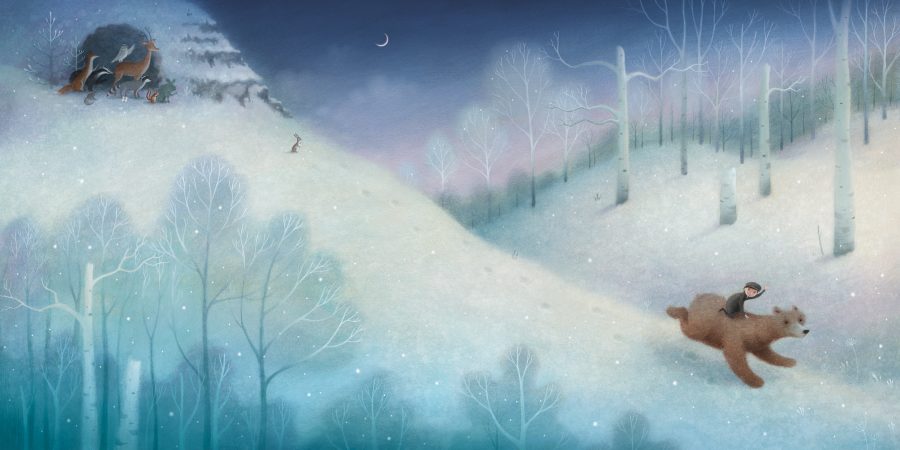 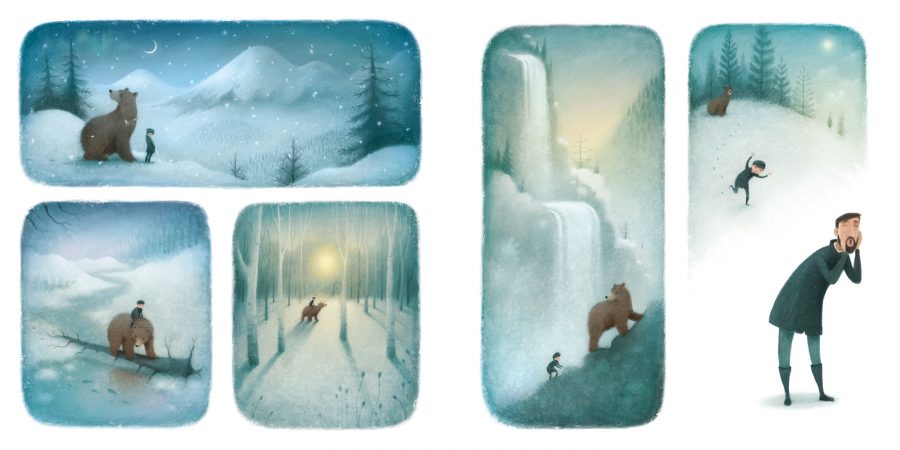