Why did you make this work:
'The Victors and The Vanquished' was created from my experience standing at the finish line of the Boat Race 2019. The elation of the winners was in stark contrast to the devastation etched on the faces of the defeated. It struck me that these emotions can be felt in every walk of life, but the imagery of the rowers and their 'reflections' would be a good way of expressing this.

How was the illustration used:
The illustration is a personal work, but could have many applications, from editorial to a mural. I imagined it used as a backdrop to a tv set during a sporting event.

How did you make this work:
The work started life as a series of sketches. I like to simplify the forms into geometric shapes to convey the essence of the message. Achieving the desired simplicity by deciding what to take out or leave in was a challenge. The final piece is created digitally.

Biography:
Rachel is a London based Illustrator. She made the leap from her career as a Chartered Architect after she was shortlisted for the Prize for Illustration 2014. Since then, her work has featured in various publications, including the Tower Bridge guidebook. Her sports illustrations have gained her several prominent commissions, including the official poster for Henley Royal Regatta 2019. 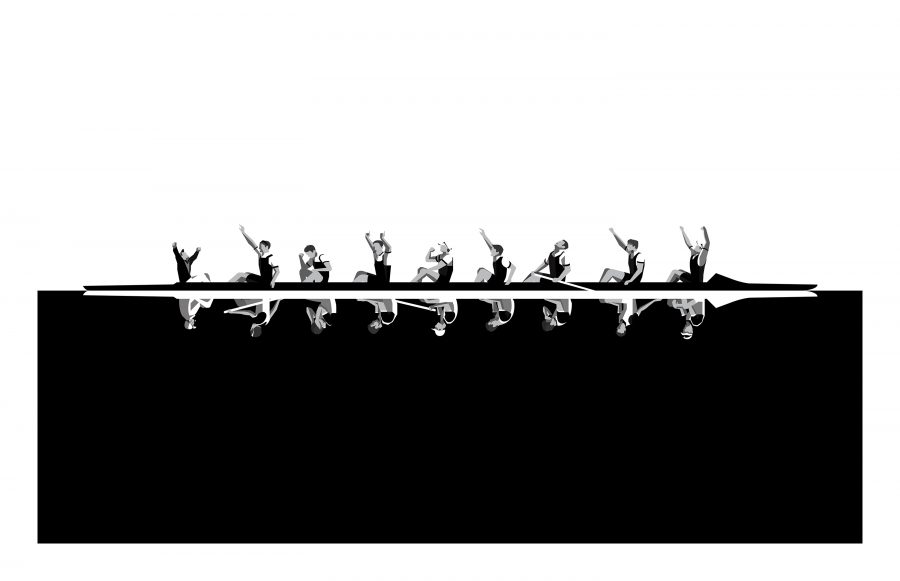