Why did you make this work:
The "Underground Encounters" are not secret meetings in dark hideouts, nor do they imply isolation. Instead, they propose a continuation of living in imaginary (utopian or dystopian) spaces, which could suggest modes of habitation and escape from urban suffocation. The everyday people portrayed, intimate or enigmatic challenge the viewers into forming their own readings, plots, or stories.

How was the illustration used:
framed and exhibited

How did you make this work:
Sketches , scanned, digitally composed in layers, then laser cut on paper and cardboard. They are then painted with ink and water cooler. Finally they are glued together creating a 3 cm deep construction which was photographed .


Biography:
Philippos Photiadis is a founding member of the creative studio ‘we design‘ based in Athens. He studied architecture and fine arts at the Rhode Island School of Design and at Harvard Graduate School of Design. Alongside his practice as an architect he has been involved in art and illustration. He has participated in numerous group and solo art exhibitions in Greece, and has created Illustrations for the theater, for storefronts, for children's books 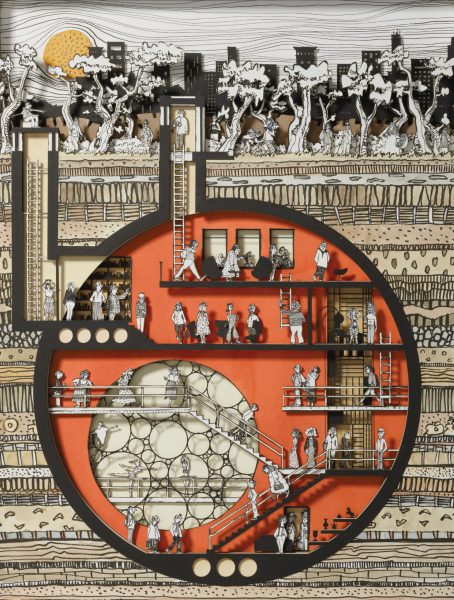 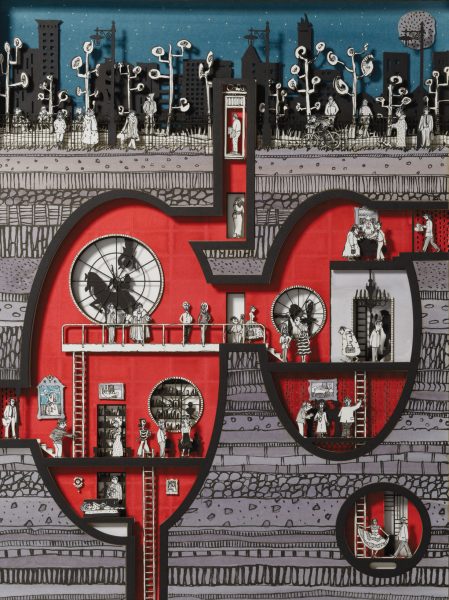 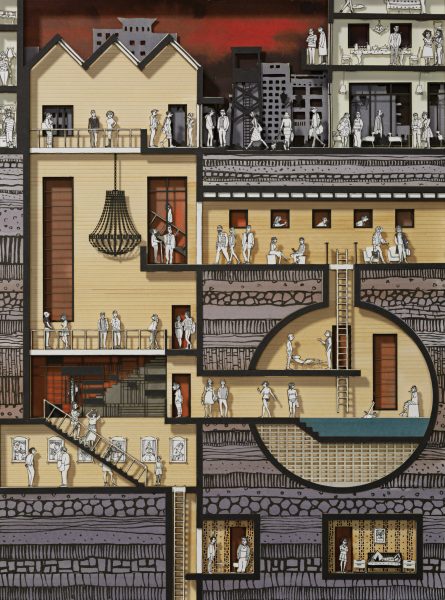