Why did you make this work:
To produce an illustration that told a story of refugees, based on testimony from/in different countries and situations. The illustrations were required to be engaging and emotive without being too hard-hitting. Amnesty didn't wish to turn people off with these postcards they wished for a softer approach. They also suggested they could hark back to simpler, graphic Amnesty posters of old.

How was the illustration used:
postcards and posters

How did you make this work:
This was one of two illustrations created to go on postcards to be distributed at a concert series called 'Give a Home' where bands or artists perform in homes in 300 shows in more than 60 countries. This tells the story of an incredible woman of 21 years of age, born in a Kenyan refugee camp, still living there and striving every day to leave, knowing that an education will be her saviour. 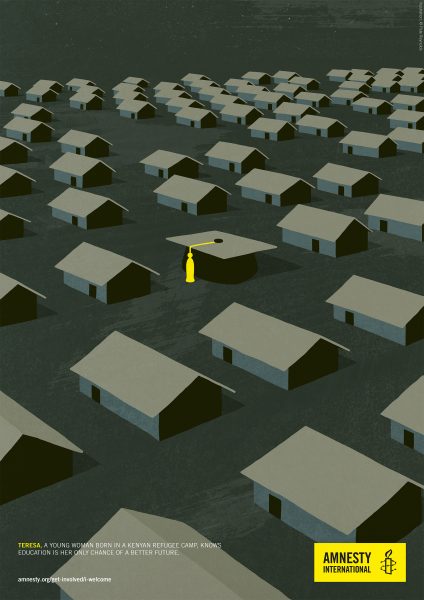