Why did you make this work:
This work is for the project, 'Dance of Life', which was a collaboration between illustrators at the RCA and local residents of Church Street, London. The sequenced illustrations were based on the story of Ali, a man who accidentally lied to his girlfriend while he was drowsy and not fully awake.

How was the illustration used:
in the publication, Dance of Life.

How did you make this work:
Both hand-drawn and digital paintings were used to create a metaphorical visual language depicting a murky atmosphere of Ali's morning state and his guilt. It is the artist's belief that these kinds of negligible episodes in life are exactly why human beings are such an interesting and mysterious species. Emotions felt as events are occurring are the rawest evidence of true human behaviour.


Biography:
Pei-Hsin Cho is a freelance illustrator and animator raised in Taiwan now based in London. She has a bachelors degree in animation and is currently studying MA Visual Communication (Illustration) at the Royal College of Art. Her work depicts a variety of inward feelings and attempts to transcribe subtle emotions into tangible and visually tactile images by piling up grey strokes. Her films and illustrations have been selected for international festivals and competitions. 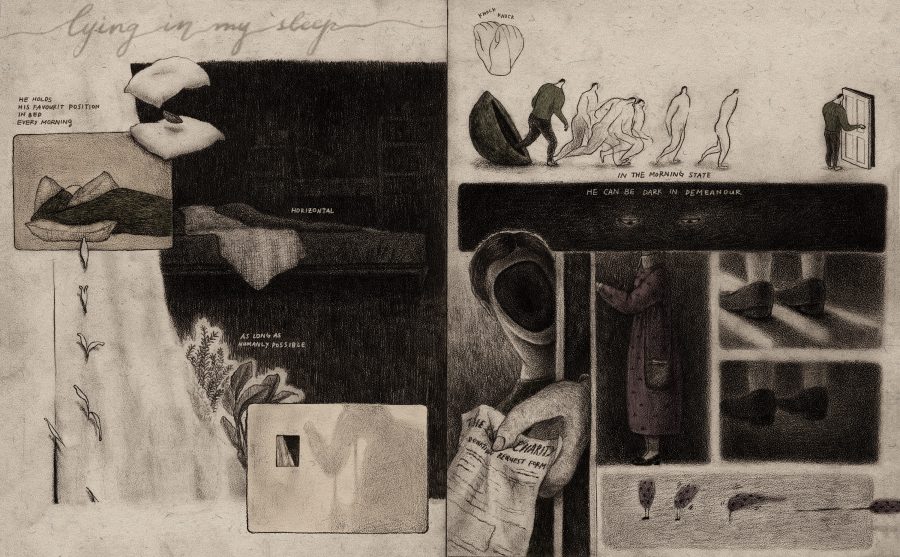 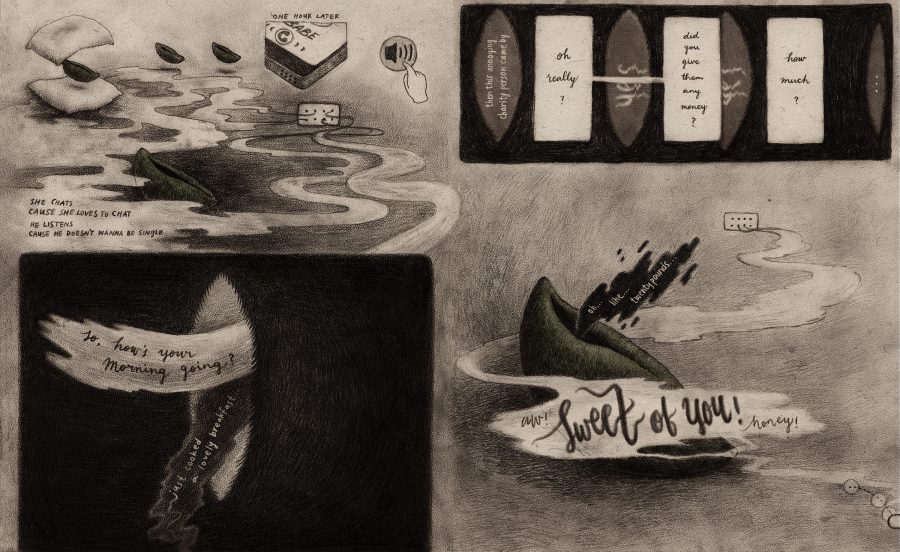 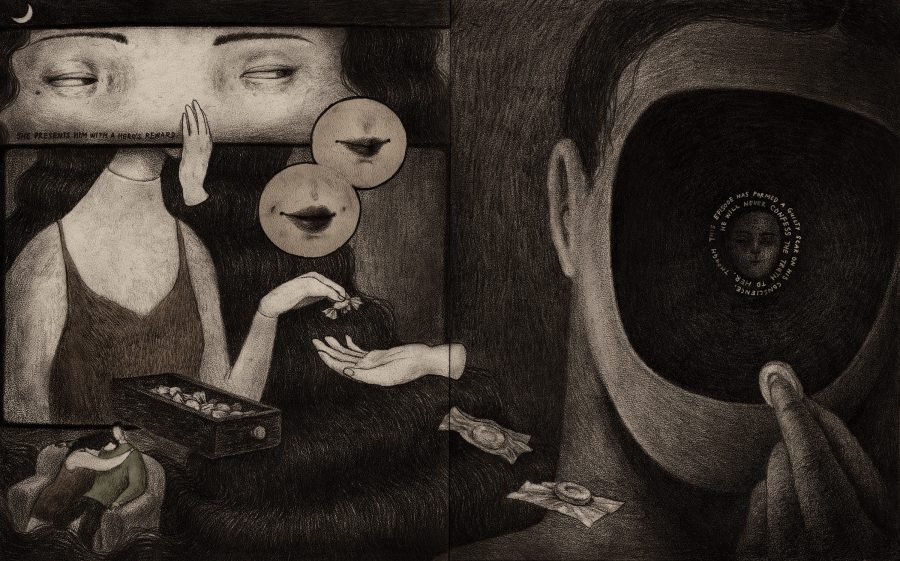