How was the illustration used:
A published Illustrations and poems book: An anthology of Hebrew poetry called "Israel: Voices from Within". Included in the book are English translations of 40 poems originally written in Hebrew and Arabic, written between the end of the nineteenth century to the beginning of the 21st.

How did you make this work:
I've been asked to Illustrate an Israeli poem name "A Purchase in Deizengov" by Erez Bitton. it tells a story of a store owner at Dizengoff Street in Israel and how alienated he feels compare to the outside, almost a stranger coming from the outskirts of Israel into the very center of a bohemian driven society. I wanted to do the opposed of the poem, to show the inside from the outside.

College:
Shenkar College of Engineering and Design
Year of Graduation:
2015 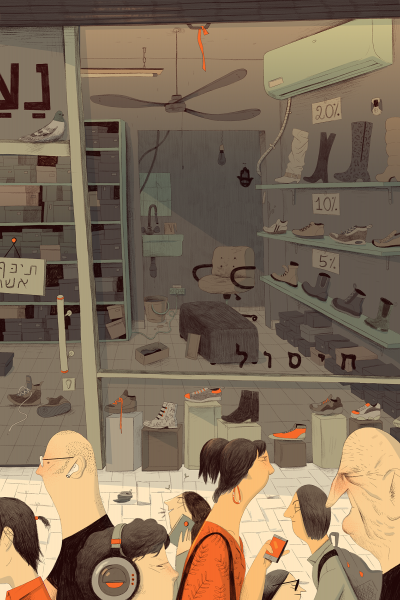