Usage: Created as part of AIGA Orlando's 'Love By Design' event, a poster show benefitting the victims of the Pulse Nightclub shooting in June 2016.

Process: Began with a pencil sketch, which was refined in Adobe Illustrator, and then embellished with gradients and textures in Adobe Photoshop.

Brief Requirements: Artists were encouraged to create artwork based on the themes of love and unity.

Key Brief Ideas: The concept focuses on the aforementioned themes, in the context of national unity in the wake of a tragedy. This is achieved through the combination of two visual themes – one  a symbol of national pride (the eagle), and the other a symbol of the LGBTQ community (the rainbow flag). 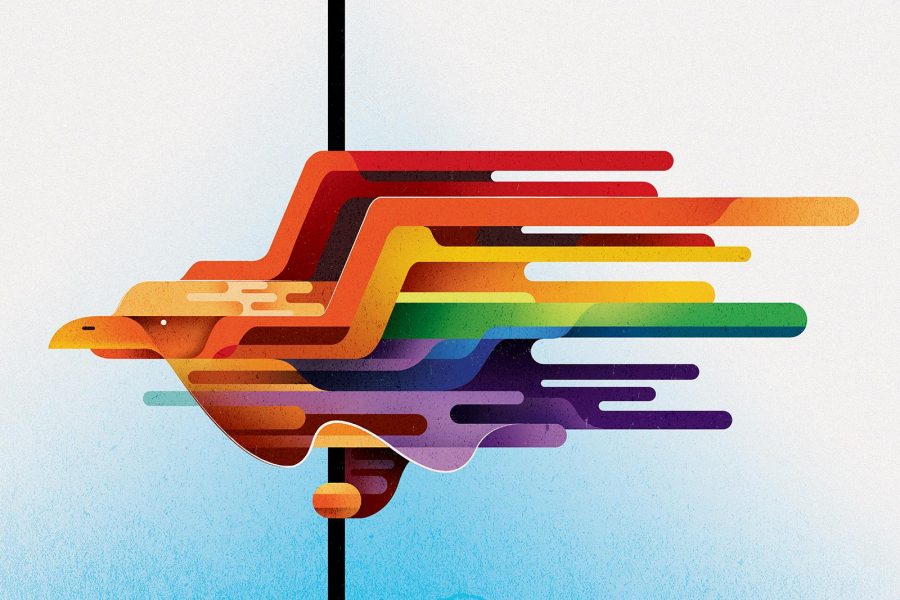