Why did you make this work:
I was asked to create a spot illustration to accompany a review of Maaza Mengiste’s “The Shadow King” - a story which takes us back to the Ethiopian WWII conflict, casting light on the female soldiers, unwritten from history, who were holding together a world that was tearing itself apart.

How was the illustration used:
The spot illustration was published online as well as in the print edition of The Big Issue, nationwide.

How did you make this work:
My work begins its life as a hand drawn sketch. I then scan digitally to render on an iPad Pro. I use Procreate to build up the image in block colour, taking time to plot light and shadows. I then add texture to create depth and allow areas of the illustration to read well. Scale here was a massive challenge (only 7.5cm x 10cm) which made achieving detail, tougher than normal.

Biography:
Ollie is a conceptual illustrator. Illustration makes him tick. Though it’s the not the only thing that does. He’s a cardiac pacemaker patient. So, whilst he puts his heart into drawing, it gets help from time to time. Ollie loves real-world subjects and his work hinges on a strong idea. The concept drives it, helped by a splash of colour. His illustration spans across editorial and advertising. 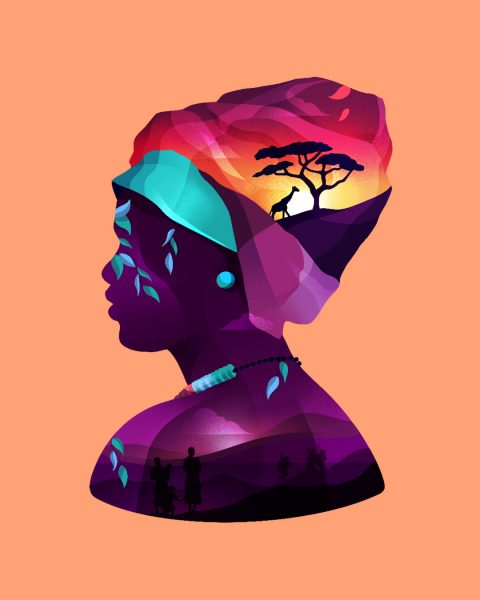