Why did you make this work:
To produce drawings combined with text that document the circumstances of Syrian refugees I met in Iraqi Kurdistan, Greece, France, England and Germany. The work is supposed to help raise awareness and to act as a platform for the people I encountered, on which they can share their experiences with a wider audience.

How was the illustration used:
In a book, in magazines and at exhibitions.

How did you make this work:
On location I took thousands of photos and conducted dozens of interviews. Back in London I used these photos as reference for my drawings (HB pencil on A2 sketch paper). The texts are based on transcripts of the recorded interviews and on personal observations. I edited all the texts by myself and wrote them by hand. The layouts and the colouring were done digitally.


Biography:
Olivier Kugler is a German reportage illustrator based in London. After studying graphic design in Pforzheim and working as a designer in Karlsruhe he did a masters in illustration at the School of Visual Arts in New York. In 2011 he became the overall winner of the V&A Illustration Awards for his journal depicting a truck driver’s journey across Iran. His book 'Escaping Wars and Waves' which features drawings with text portraying Syrian refugees he met, was awarded with the European Design Award 2018. 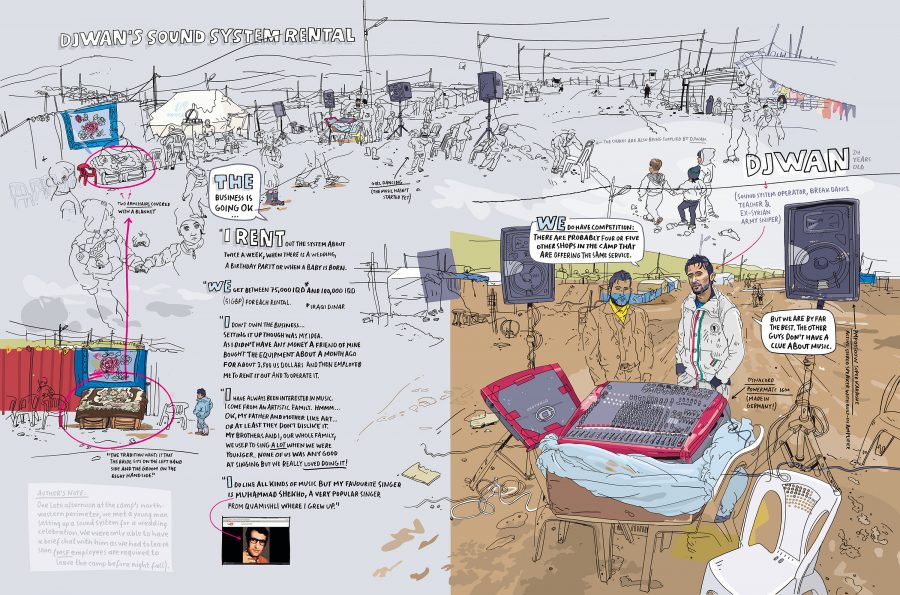 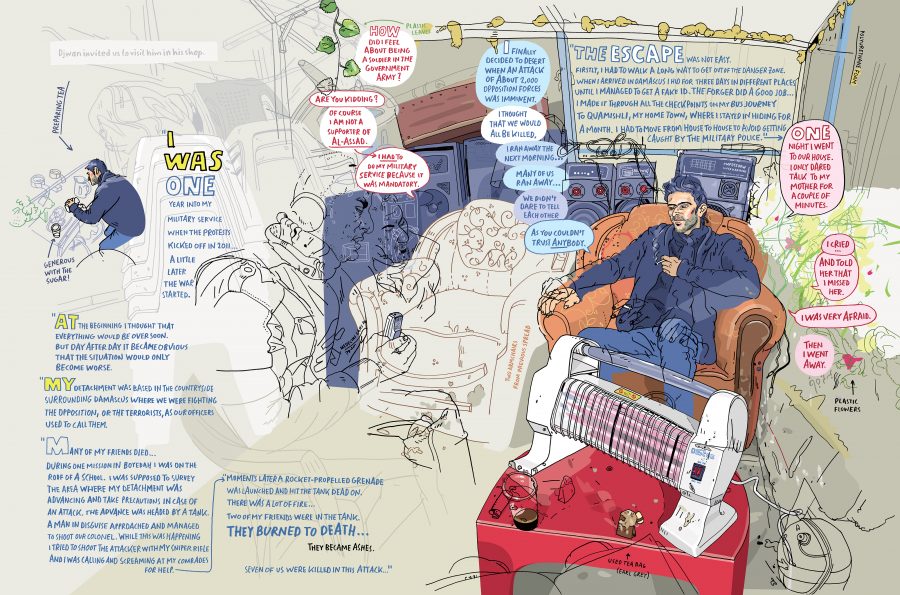 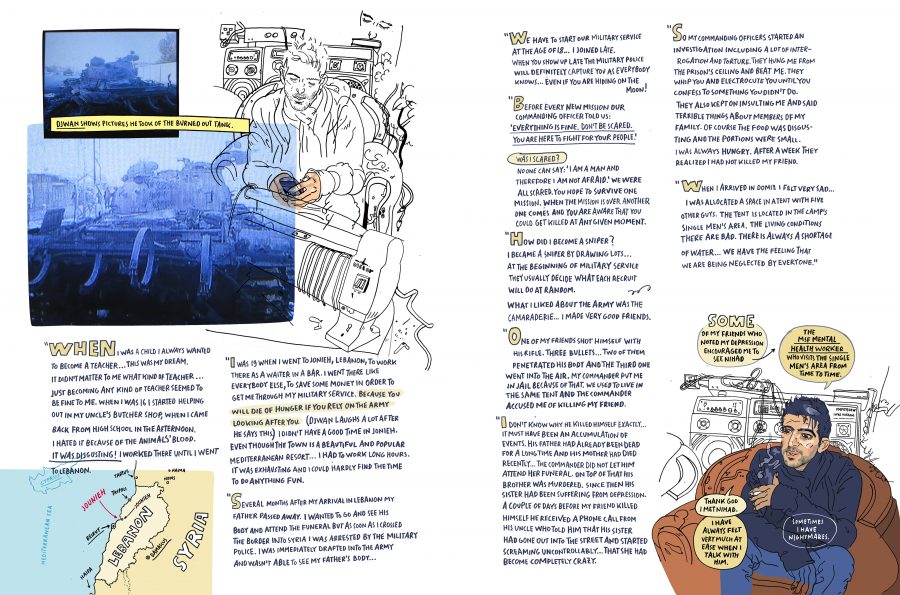 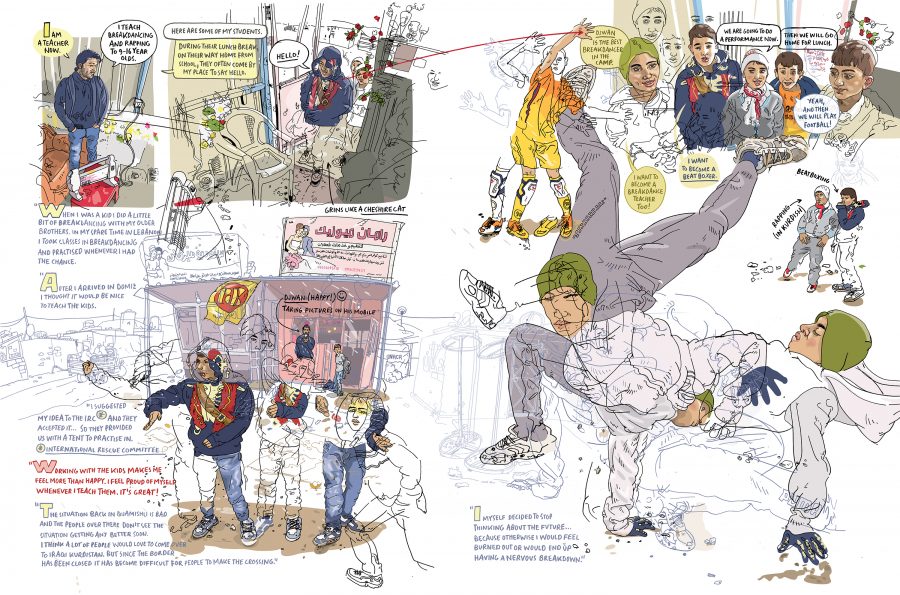 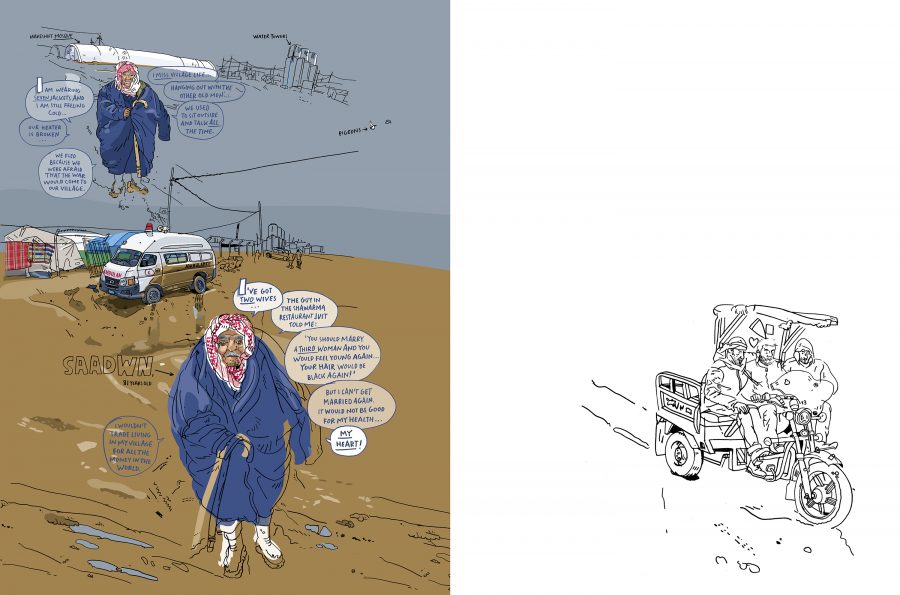