Why did you make this work:
I made this piece as a five part series of illustrations depicting Polish legends and themes in Slavic folklore. One of the main inspirations for this project was my growing interest in folklore and mythology existing within my Polish roots. The idea behind the illustrations was to move the viewer's imagination enough to tell an abundant story, almost as though a book would, but without the text.

How was the illustration used:
This work is one in a series of five pieces, with the intention of illustrating Polish folk legends and themes in Slavic folklore. They were made as stand-alone illustrations, with the idea that they would tell the stories on their own.

How did you make this work:
This work measures 51cm by 71cm and has been made using gouache paint and black ink on watercolour paper.

Biography:
Nikolas Wereszczyński is a Polish artist living in London whose work is often influenced by his Slavic heritage, focusing on nature, spirituality, people and the relationship between the three. He is largely inspired by the Golden Age of illustration and Ukiyo-e. He mainly works with gouache and linocut prints and enjoys to focusing on the sense of beauty, wonder and serenity in his works. 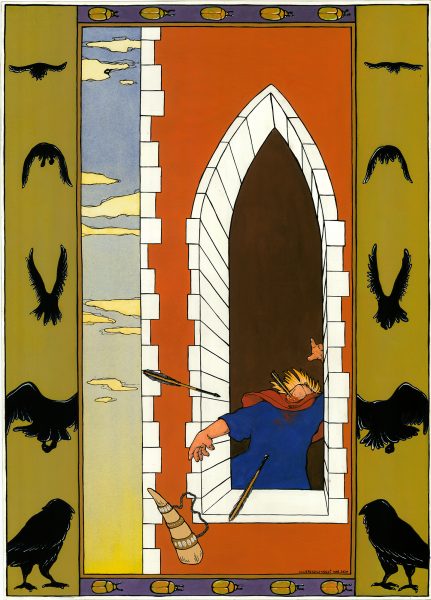