Why did you make this work:
An illustration poster I was asked to create for the Chinese film TWO TIGERS. The name of the film is also a Chinese children's song about two strange tigers, one without an eye and one without a tail. I combined the symbiotic relationship of the two characters and the iconic scenes in the film, that I created this Illustration: a tiger with a swimming ring in an abandoned pool.

How did you make this work:
I used Adobe Photoshop to create this illustration from sketch to final.

Biography:
Neko Jiang is a freelance illustrator currently based in New York City. She did concept art for the Animation Project "Dreams of Stars"--“My Dream Is To Be a Cat” in 2014. She received a BFA Animation Design from East China Normal University in 2015. Currently she is in the MFA Illustration program at Fashion Institute of Technology. She is using her imagination to create a unique "NEKO" world, and she loves to create funny and adorable characters. Her most recent works influenced by Risograph, and she is fascinated by different color combinations. The experience of living in NYC has become the most significant source of her inspiration. Her current interests include zine publishing, advertising illustration. 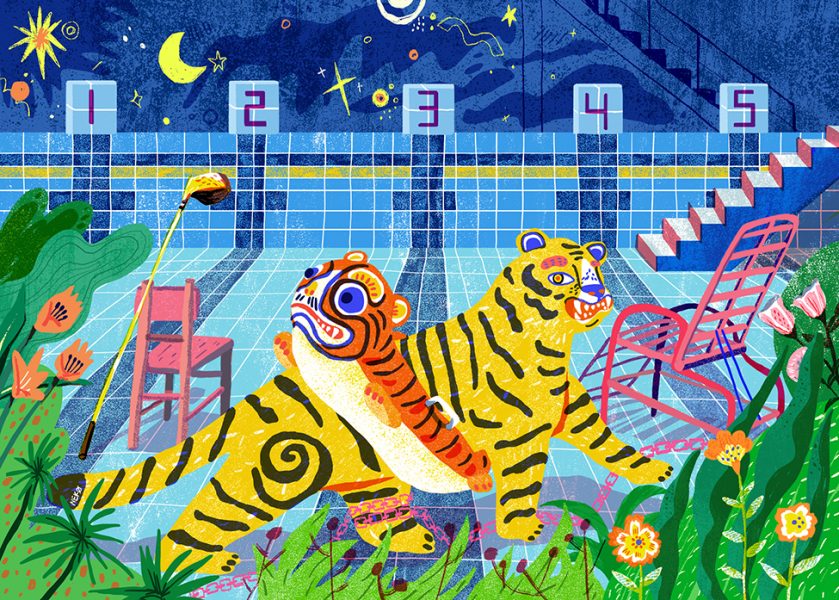