Why did you make this work:
I was originally asked to create a kaleidoscopic illustration featuring beetles and bugs for a Mudpuppy jigsaw puzzle. I decided to include real species to celebrate the rich and beautiful insect world around us. Apart from a small group of true-bug species, these are all real-life beetles; 66 species in total!

How was the illustration used:
Mudpuppy used the illustration to make a 500 piece family puzzle, also included on the box packaging. I later adapted it into a stunning fine art print available in both 50x50 and 90x90cm sizes.

How did you make this work:
I started by collecting ref images of beetles and arranging them in a kaleidoscopic pattern in Photoshop, keeping the scale correct relative to each other. Once happy, I drew the basic block shapes with the pen tool, adding a starting colour palette. I finally added the texture and detail using my extensive library of scanned in mixed-media marks and photographic textures.

Biography:
Natasha is an illustrator based near Bournemouth in the UK who creates vibrant and playful images inspired by her favourite subject, the natural world. Her work has been commissioned for a wide range of applications; murals, homeware, stationery, apparel, toys and even gaming apps. 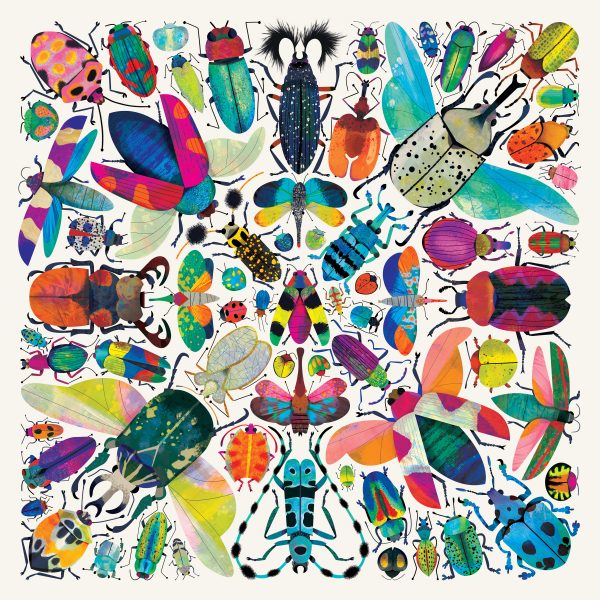 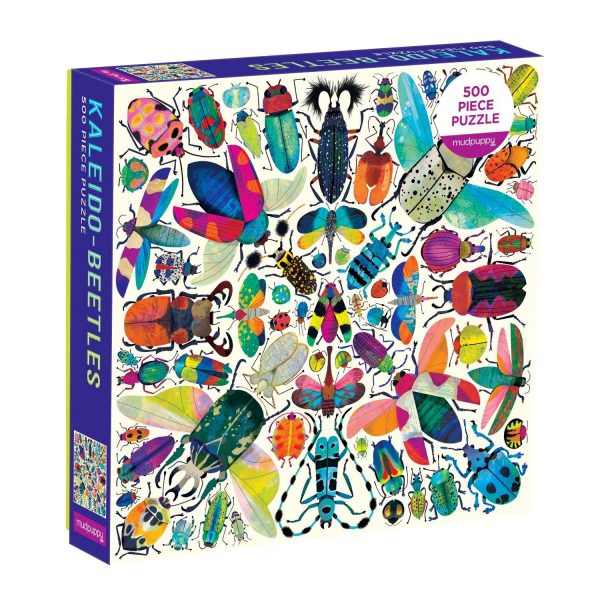 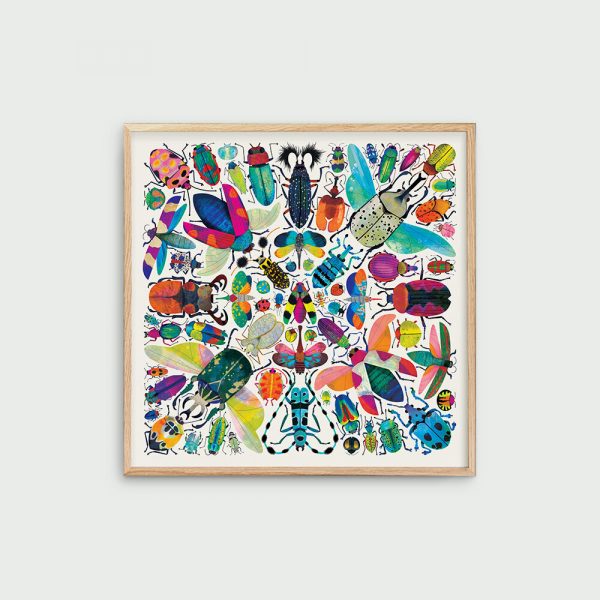