Usage: This animated explainer is used by medical staff for explaining the effects and treatment options of multiple sclerosis to newly diagnosed patients. vimeo.com/186173678/a0790ab296

Process: I rigorously followed the animation production stages: styleframe, character design, storyboard and animatic to the final designs and complete animation. The commissioner and the producer have contributed with feedback at each stage.

Formats: The animated video is for online use.

Brief Requirements: Create a short animation to explain multiple sclerosis in a light-hearted and assuring way to recently diagnosed patients.

Key Brief Ideas: The challenge was to create an engaging video while dealing with a grave matter.

The initial brief already shaped the use of a metaphor: the brain is illustrated as a house, the autoimmune system is a pair of guard dogs and the bacteria or viruses which attack our bodies are personified by an intruder.

I developed a visual style using simple, highly stylized shapes with a subtle quirkiness. The animation style uses the traditional squash and stretch without being overly cartoony. Humour was used in small amounts to lighten up the film, but the overall tone is serious. The visual narrative is captivating and informative at the same time. 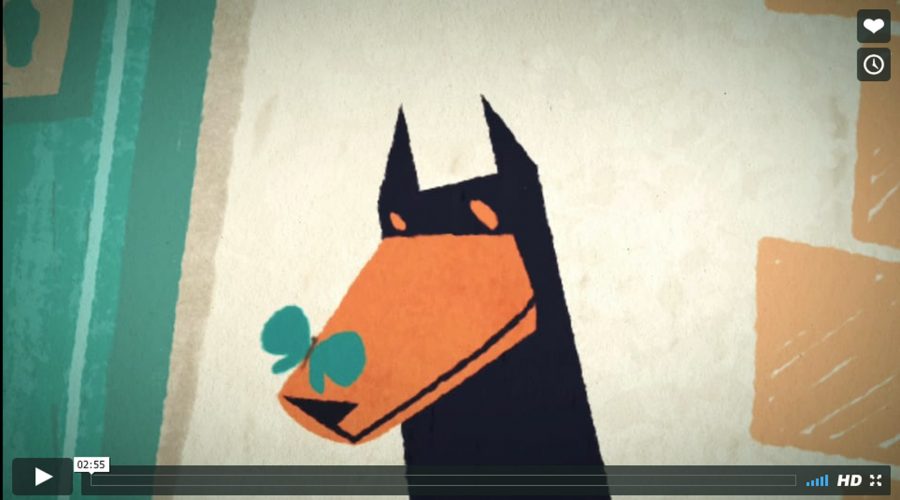