Why did you make this work:
The illustration was originally produced for The Book Illustration Competition 2020, in response to Imtiaz Dharker's love poem 'The Trick'. Although during the creation process, it evolved into more of an exploration of my own sense of self, as well as my experiences of love and loss.

How was the illustration used:
Although initially intended to be an internal book illustration, 'The Trick' eventually became a key portfolio piece and printed product.

How did you make this work:
'The Trick' was created through multiple layers and blending of watercolour, before additional touches of gouache, coloured pencils, graphite, and oil pastel.

Biography:
Morgan Grice is a freelance illustrator based in the West Midlands. Her practice revolves around narrative illustration, with a focus on editorial, book design, packaging, and surface pattern design. She graduated with First-Class Honours in Illustration from Birmingham City University in 2020 and now works on the illustration course part-time as a mentor in residence. 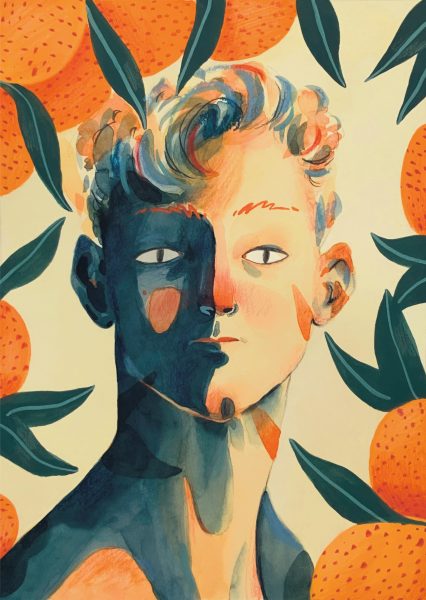