Why did you make this work:
I created this work as part of a personal passion project. I have been a long time fan of Jeff Goldblum, and consider him to be a colorful character.

How was the illustration used:
This work is a personal passion project, so has only been made into giclée prints.

How did you make this work:
I created this work digitally, starting with my iPad Pro and Procreate app, with finishing touches in Adobe Photoshop.

Biography:
Mike Brennan is a Creator & Communicator, telling stories on pages & stages.Mike’s childhood dream was to be a cartoon. (Zoinks!) When he realized that wasn’t possible he became the next best thing – an Artist. He loves sharing experiences and making connections through his colorful art.Mike has worked with a range of clients, from major brands to independent agencies, as well as being an editorial designer / art director for several magazines. His pop culture art has been spotlighted on AMC’s Talking Dead, featured on Syfy.com, and his yoga art appeared in ‘The Art of Healthy Living’ exhibit at the I.D.E.A. Museum, Mesa, Arizona. 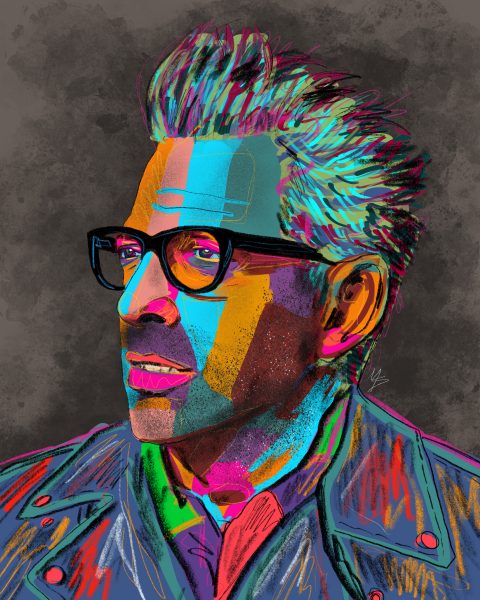