Why did you make this work:
My illustrations depict the psychological activity of women when they look in the mirror and are an externalized manifestation of appearance anxiety. I would like to show the appearance anxiety of women and the unfair treatment they receive, such as negative comments, deliberate belittling, and humiliation. I would like to call for understanding and tolerance in society.

How was the illustration used:
I think it could be used in posters or magazines, newspapers. To convey my ideas through the power of the media and to bring more attention to the pressure on women's appearance.

How did you make this work:
I conducted a survey on women's appearance anxiety and received 42 valid responses. Most women who look in the mirror will ask themselves: "Why am I so fat?" or "Why do I have acne? In other words, Appearance anxiety is a common problem and mirrors are a necessity in our daily life to check our appearance. So I would like to use the mirror as a projection to represent this psychology.

Biography:
Mengjie Wang is an independent illustrator from China, currently studying for her MA Illustration at Kingston University in the UK, and has been taking on independent illustration commissions since 2017. Her work is mostly inspired by social reality and childish fantasy, and her style is versatile, coexisting with reality and innocence. 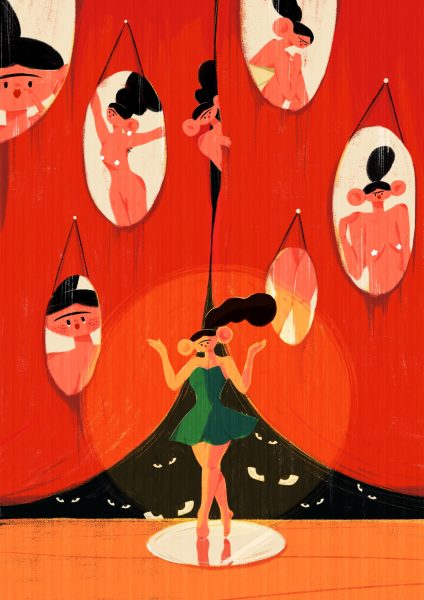 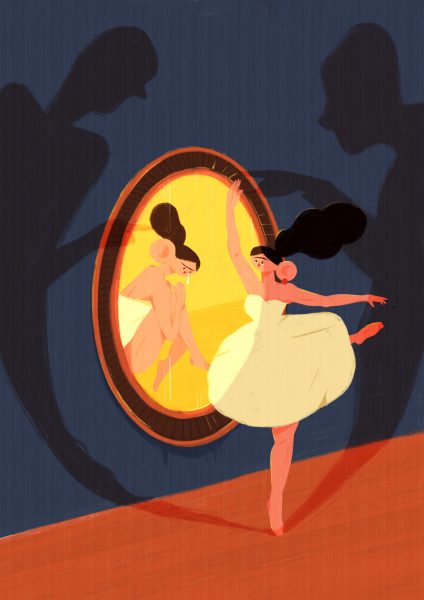 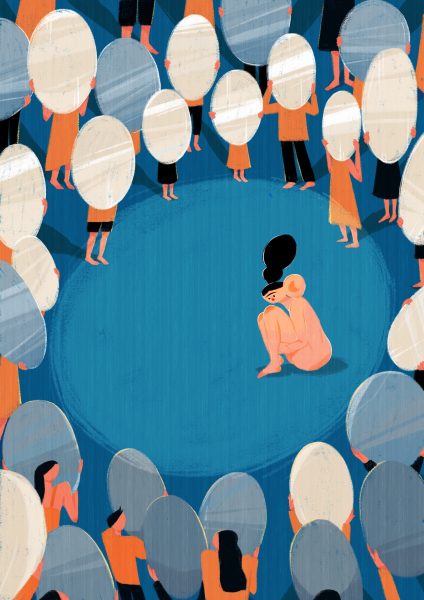 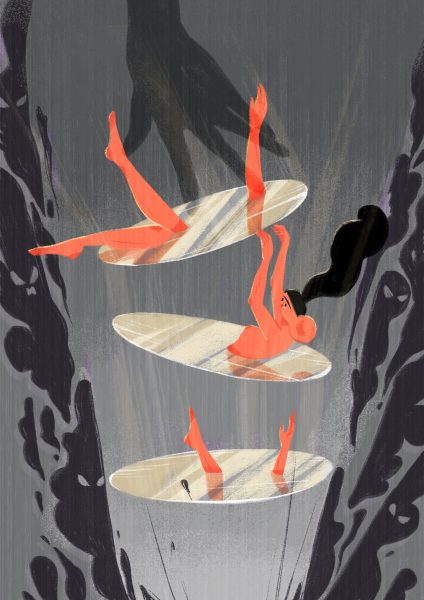 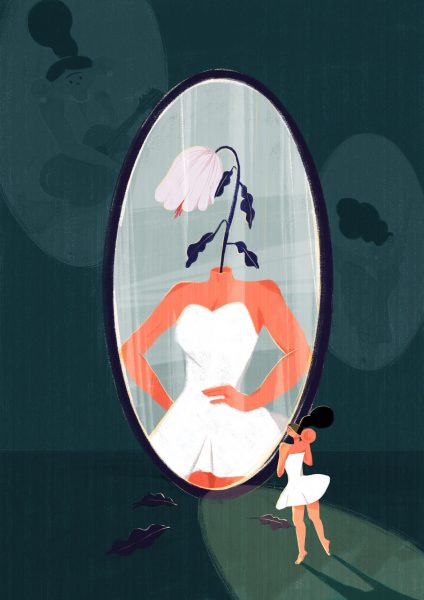