Why did you make this work:
I was commissioned to illustrate an article in GQ France, concerning the hunt for a wanted war criminal. Félicien Kabuga was a key player in the Rwandan genocide of 1994, before he disappeared for over two decades. The article outlines the story of United Nations’ war crimes detectives as they follow his trail from country to county and attempt to track him down.

How did you make this work:
This piece illustrates the “jigsaw puzzle” nature of the manhunt; a painstakingly-assembled collection of rumours, tip-offs, blurry images and red herrings. I drew upon the graphic language of the paper trail; maps, forms, stamps, articles, and handwriting. Woven through it all is the elusive figure of Kabuga himself, and stark images of the death and desolation he left in his wake.

Biography:
Matthew Hancock is a designer and illustrator from the UK. His first brush with the visual arts came at a young age, when he began photoshopping hats on to guinea pigs instead of doing his homework. Since then he’s worked with many different clients; from startups to tech giants, charities to fashion houses. His creative process remains largely unchanged. 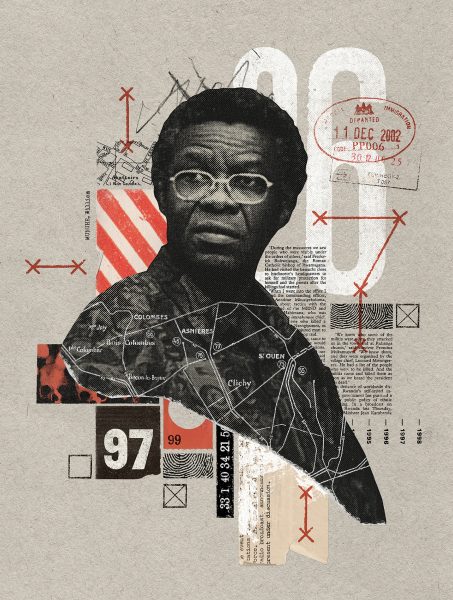 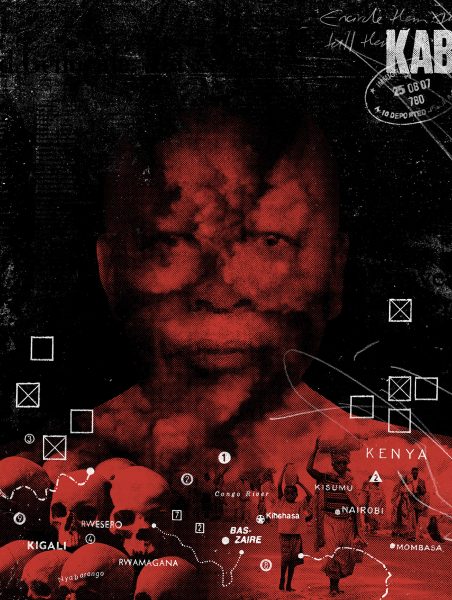