Why did you make this work:
I was commissioned to make this series of animations to promote the release of two EPs by LA musician Kiefer - Bridges and Superbloom. Both were released on Stonesthrow Records in 2019. I wanted to create snapshots of modern life, moments that felt transient but nostalgic with Kiefer providing the soundtrack, playing his piano unnoticed by the people in the scene.

How was the illustration used:
These animations were used on Kiefer and Stones Throw Records' socials to accompany single releases from each of the records.

How did you make this work:
I drew everything in Illustrator, used Photoshop to arrange and save out assets, used Adobe Animate to do frame by frame animation where needed and then comped everything together in After Effects.

Biography:
Mason London is the pseudonym of Joe Prytherch. Born in London, he's currently living in Uppsala, Sweden and is a freelance designer, illustrator and animator. Before he went freelance he was art director at online music platform Boiler Room and he now works predominantly for clients in the music industry. 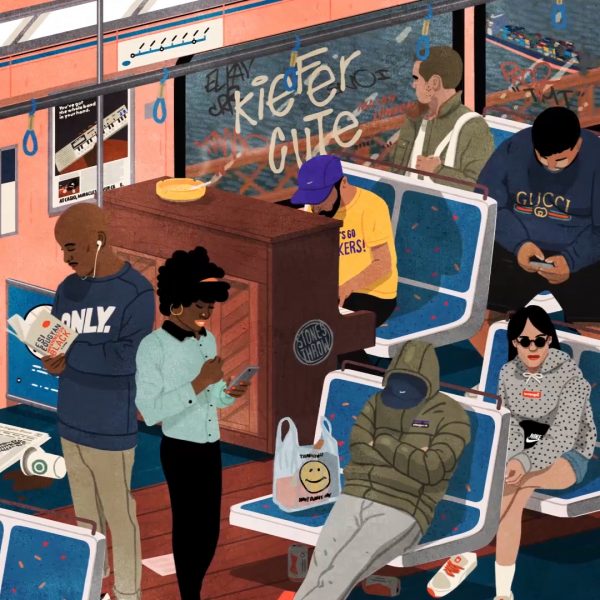