Why did you make this work:
This series of fashion illustrations was inspired by the hit TV show Stranger Things and what it looks like when Eleven searches for people through her mind, using looks by menswear designers as the subjects.

How was the illustration used:
These are portfolio pieces.

How did you make this work:
This was created using the software program Procreate, taking up to 22 working hours per drawing to complete. The original runway photos were flooded with lots of light, but I changed the lighting with shading to make it appear as though they were sunken in darkness and coming into the light, the calm before the storm.

Biography:
Mal is a California born, New York City based fashion illustrator with a focus on menswear. A Parsons School for Design graduate, holding a BFA degree in Fashion Design, Mal has previously worked in the fashion industry as a menswear designer, technical designer, and tailor for some of the biggest brands in the industry. From this past experience, Mal uses her expertise to create hyperrealistic depictions of runway looks, without the wearer being depicted. 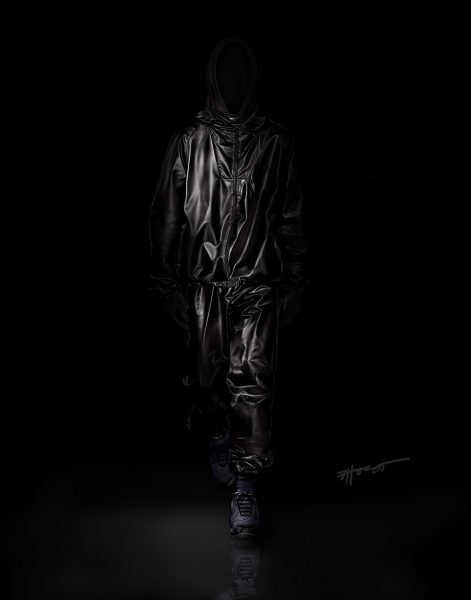 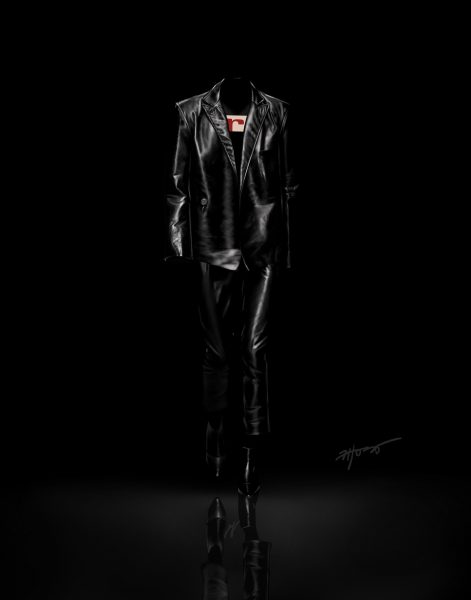 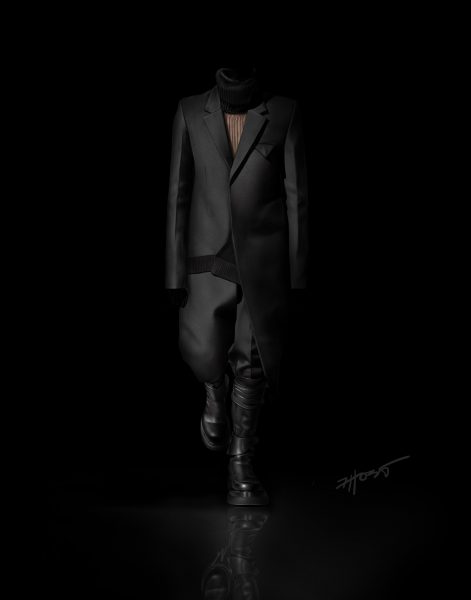