The illustration was used as the main image in the poster for the short film 'Loophole'. A minimalist approach was adopted in order to be able to introduce typography in the composition at a later stage.

The image for the film poster needed to succinctly encapsulate the dreamy atmosphere and the absurd theme of the short film without giving away any surprises. It also needed to be iconic and memorable whilst allowing for enough space for the film title. 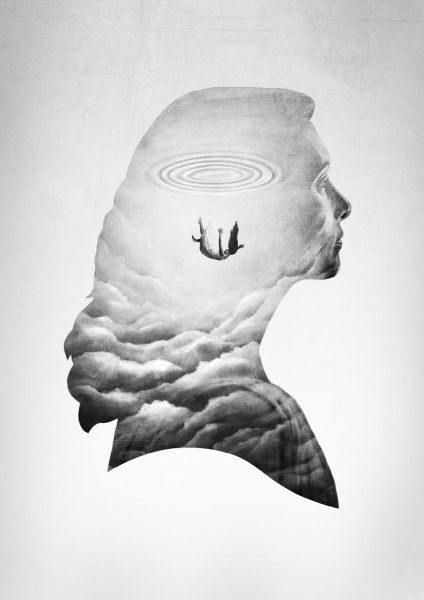