Why did you make this work:
This was a collaboration between Lucinda and the FT. They were enthusiastic to include reportage illustration in their extensive coverage of COP26. Lucinda wanted to witness this monumental conference and try to represent something of it in drawings. The result is lots of small observations that point to the whole in some way

How was the illustration used:
Lucinda contributed 8 pieces that were drawn and published live to accompany print and web stories such as live blogs and the op-ed page

How did you make this work:
Lucinda creates reportage drawings direct from the location in ink on large sheets of paper, in this case 60cm wide and done standing up. All the work is completed on site. She uses this method to best capture the details and atmosphere of a scene. “You can feel how the conference has occupied Glasgow and people’s minds, and it’s spawned so many responses, not only in activism and protests.”

Biography:
Lucinda was born in Wiltshire, England, and studied at St Martin’s and Edinburgh College of Art. She has worked extensively for the press and numerous other clients. Her drawings focus on life in cities. In 2017 her exhibition On Gentrification was a study of Ridley Road market, commissioned by the House of Illustration. Her book of New York drawings made over thirty years was published in 2019. 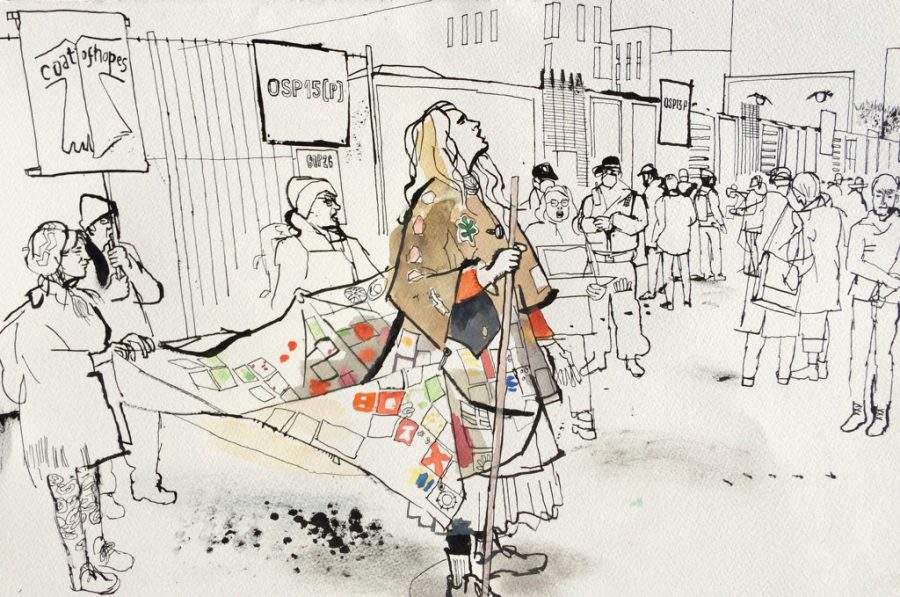 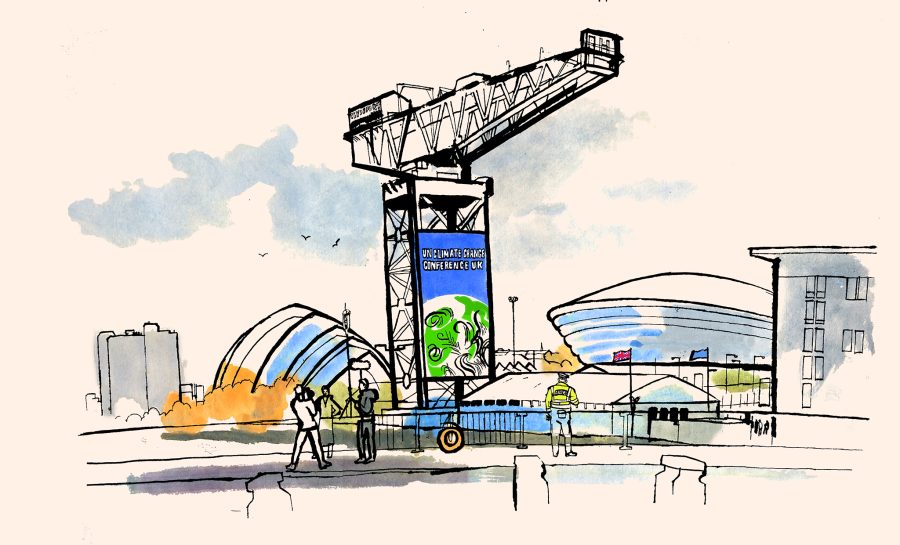 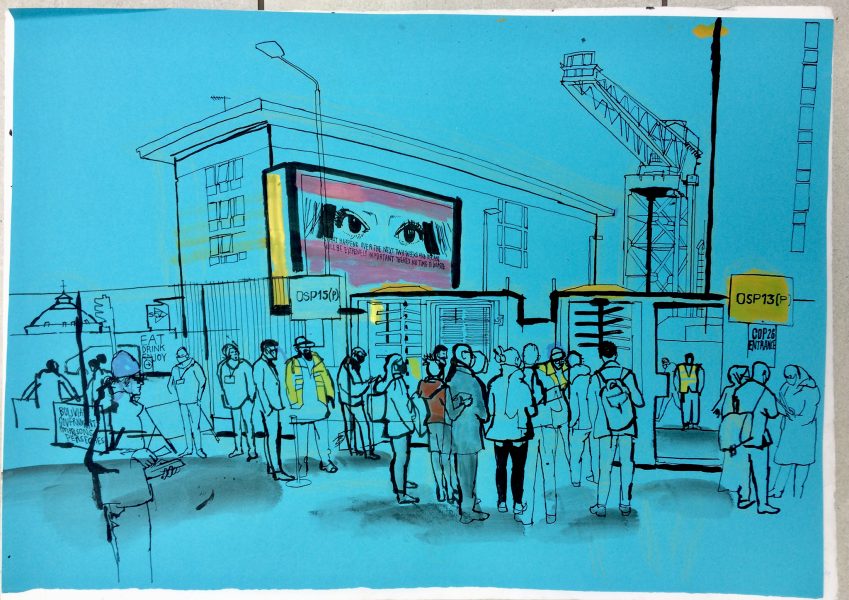 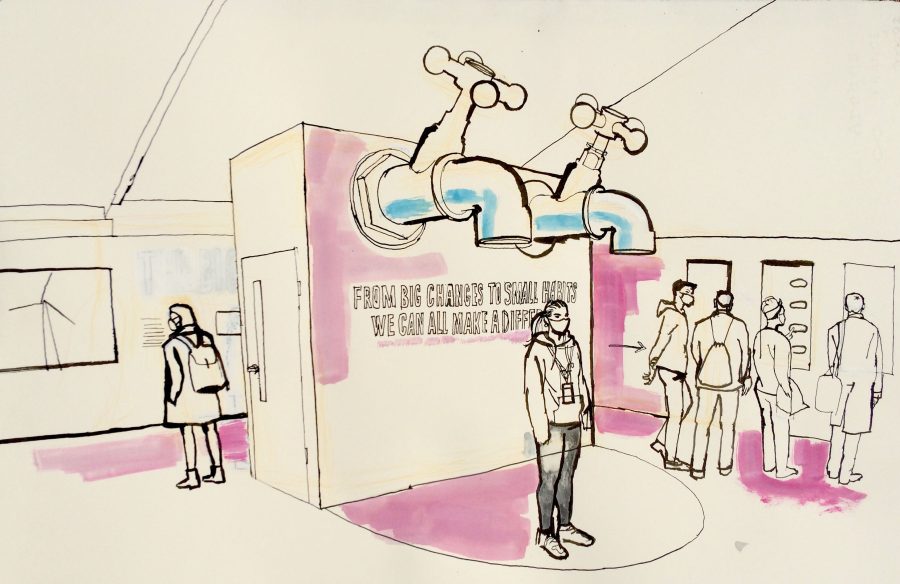