Why did you make this work:
Although it is now a published picture book, I started to work with the short story of Dragomán as a personal project. I was attracted by the contrasting worlds - the Syrian war and the Central - European jazz life. The empathy of the story is told by tiny human interactions, suppressed sentences, noises and touches. I was excited to turn them into colours, lines and shapes.

How was the illustration used:
32-page picture book for adult audience published by Magvető Kiadó It is based on the short story of György Dragomán, Ice. The book is dealing with sensitive topics such as refugees and exclusion, introducing a Syrian musician named Khalid spending four days and four nights in Budapest. We see fragments of the peaceful European life while at his home the war destroys families, homes.

Biography:
Lilla Turi is a Hungarian illustrator currently studying Children Book's Illustration in Cambridge. Before that, she studied Maths, obtained MSc Architecture, run her graphic studio. In retrospect, illustration could have been an obvious path given her lifelong passion for vivid colours and literature. She received the national award of "Best Up and Coming Illustrator” 2019. turilillazs@gmail.com 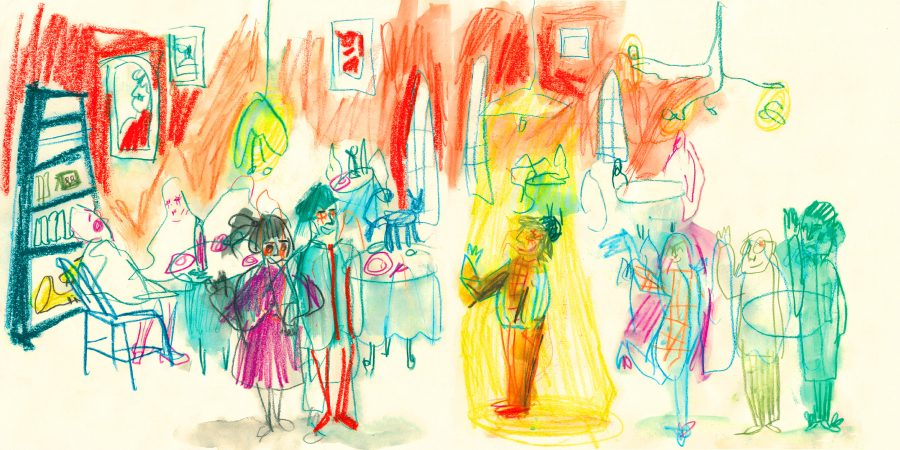 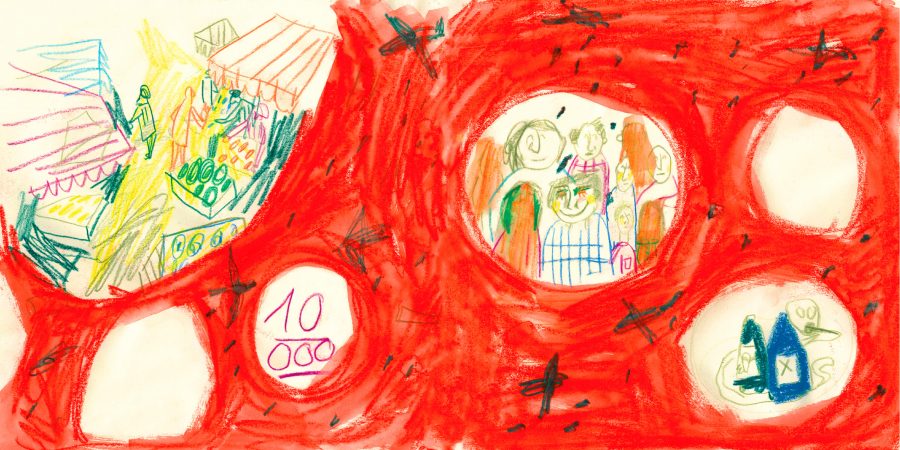 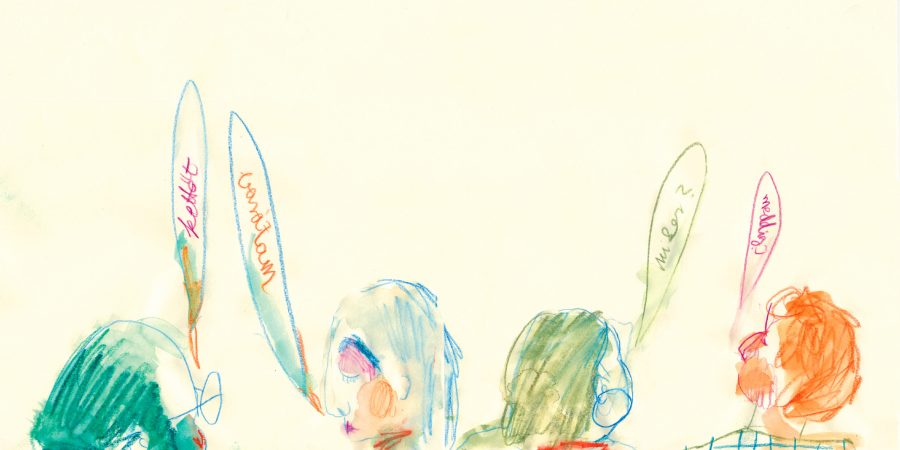 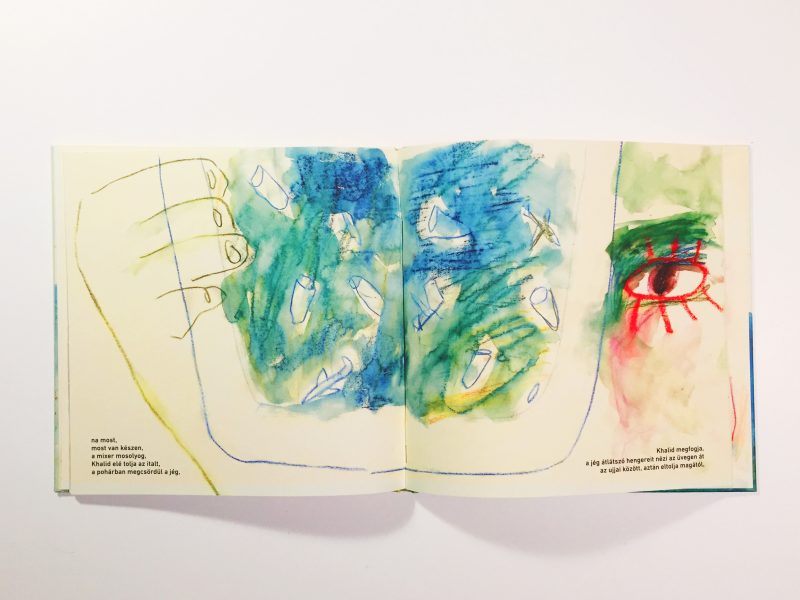 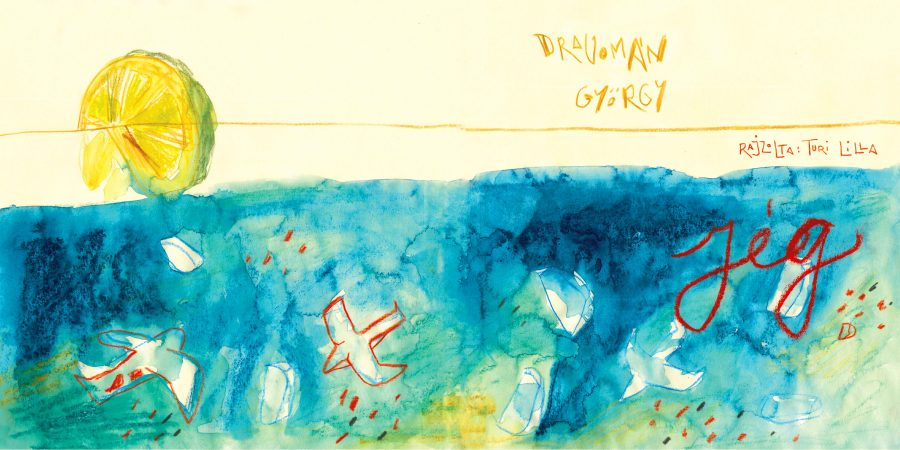