Why did you make this work:
MAYDAY is a multimedia project consisting of a magazine, podcasts and video production all around the central theme of ideas to reimagine the future of Europe. This article touches on the psychology of the pandemic and its reinforcement of irrational beliefs, fearing certain social groups like Asian-hate. Dangerously looking at the world through the lenses of social media, blogs and apps.

How was the illustration used:
A full-page editorial piece inside Mayday magazine - produced by Are We Europe for BOZAR Centre for Fine Arts.

How did you make this work:
Hand-drawn pen and ink.

Biography:
Le.BLUE is an illustration duo first formed in 2017 in London by Loanne Le and Matt Blue. All of their illustrations are fully hand-drawn in pen and ink combined with both digital and traditional colouring when needed. Their creative practice also includes graphic design and 2D animation with projects that range from branding to poster design, editorial and animated videos. 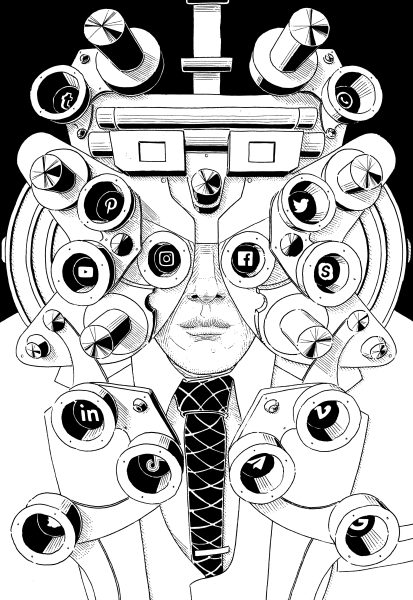