Why did you make this work:
I wanted to express that 'Love is Love,' following the campaign from Absolut Vodka. Taking inspiration from the Absolut bottles and its push for equal love, I depicted love as a unity that transcends conventional two-gender system. The work is not associated with or is commissioned by Absolut.

How was the illustration used:
posters

How did you make this work:
My work strives for simultaneous narratives in one uniform composition. My solution to the brief was to depict as many forms of love as possible, conducted by as various types of relationships as possible, inspired by the colours of the rainbow and the shape of Absolut bottles. I believe that people in love, regardless of their gender or form, amounts to one thing: spending common times together.


Biography:
Karen Jiyun Sung is an illustrator and educator based in London, UK. Her style explores simultaneous narratives within a fixed composition, churning out as many ideas as possible about a brief. Her narratives explore the intergenerational relationship among accultured communities, deriving from her own experience as an immigrant. In her spare time, she sketches her surrounding as part of the Urban Sketchers movement. 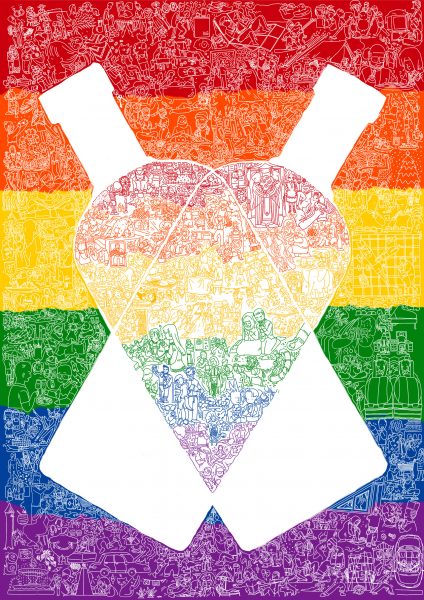 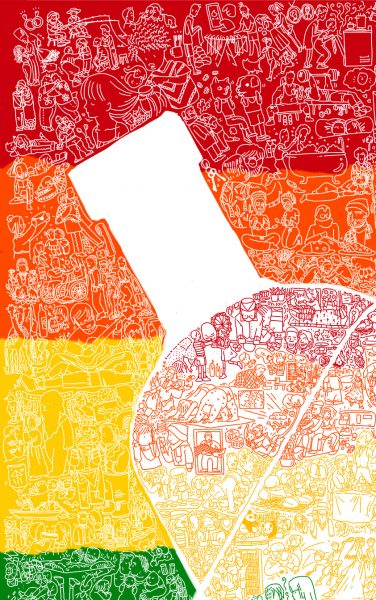 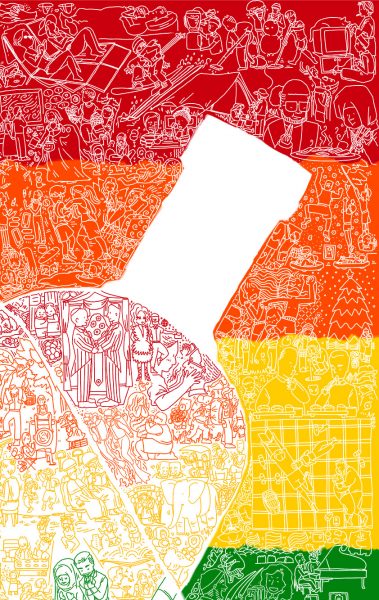 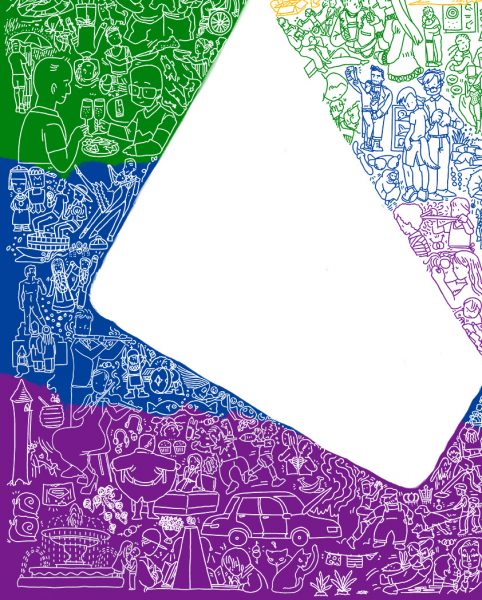 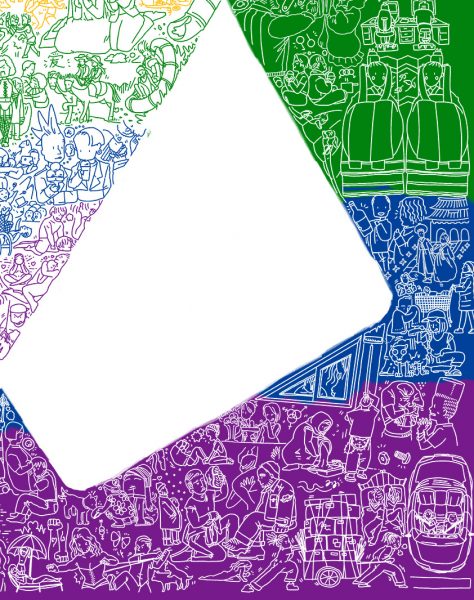