Why did you make this work:
The story of a young girl, Olivia, who dreams of becoming a skilled chef just like her father Chef Maro,Following the death of Olivia’s mom, the two of them live alone. Olivia's dad is always working. She really wants to help him cook,. Over the course of seven nights, she is taken on a journey to discover the seven fundamental flavors salty, spicy, sour, fatty, umami bitter and sweet.

How did you make this work:
Together with the writer I brainstormed about the story and the characters. I made a lot of sketches and these sketched resulted in a creative collaboration with the writer. Then small storyboards were made in procreate. More elaborate sketches of each individual page were made in procreate. The sketches were transferred to Adobe Illustrator and the final artwork was made in Adobe Illustrator.


Currently Based:
Amsterdam the Netherlands

Biography:
I'm an Amsterdam based Illustrator. Raised in the Netherlands and from Spanish/Dutch descent. Graduated from St Joost Dutch artschool in Breda in graphic arts and graphic design, followed by an internship in New York. On a daily basis I create illustrations for the world outside my beloved studio. I create art for magazines, books, packaging, logo's, advertisement campaigns and more. 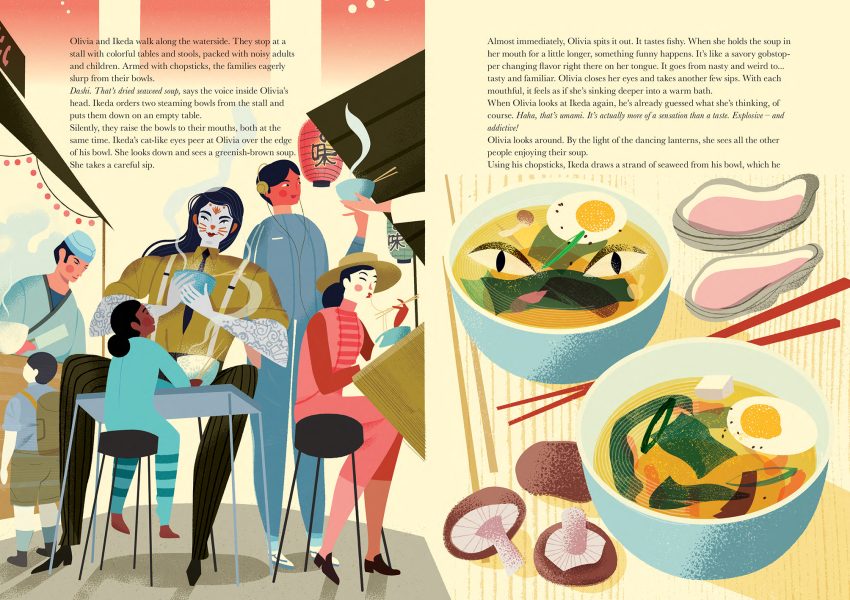 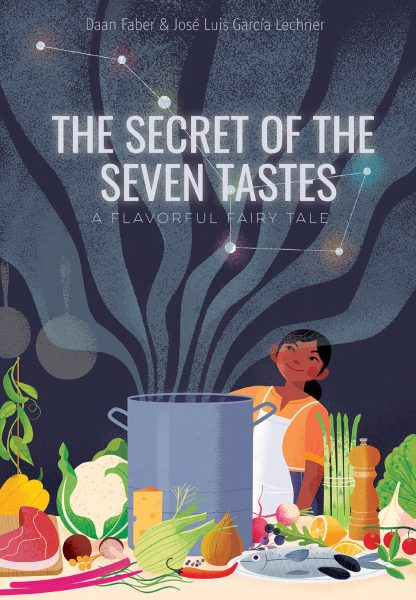 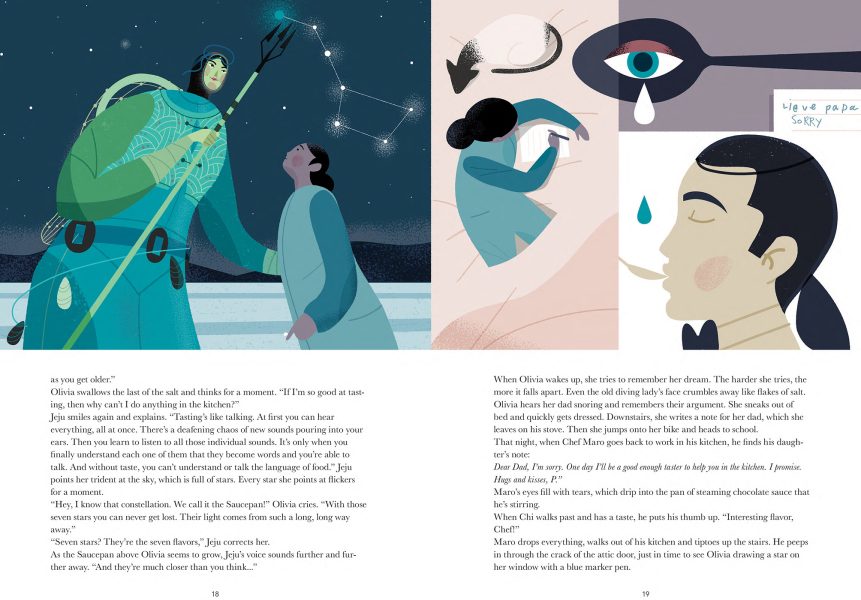 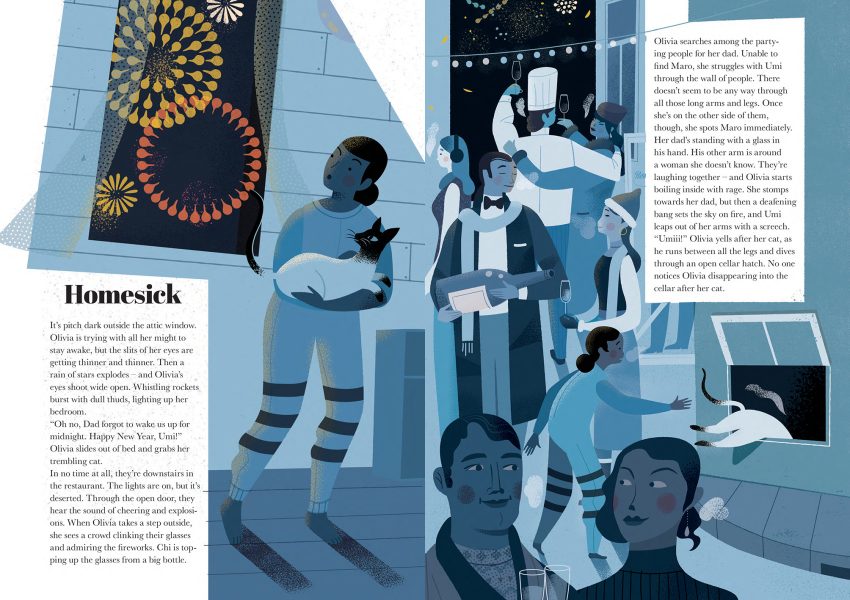 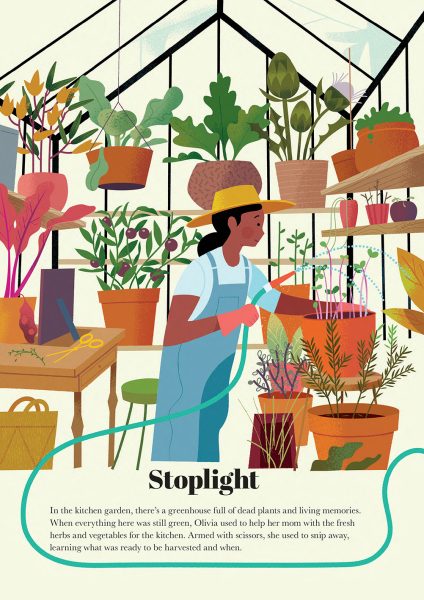