Why did you make this work:
Illustrations of a largely unknown dissociative disorder which is incredibly difficult to describe, so sufferers tend to use metaphors such as feeling “like a ghost”, “in a dream”, “outside of their body”, “underwater”, “behind a screen” or that they can’t recognise their hands as their own. Living with it myself, I wanted to draw how derealisation feels in order to help raise awareness.

How was the illustration used:
The illustrations are now being used as part of a campaign to promote ‘Unreal’, which is a UK based charity raising awareness and providing support for those suffering with the condition.

How did you make this work:
Drawn traditionally with gouache and coloured pencils, plus added digital elements in order to enhance a transparent and ghostly appearance to better communicate the condition.

Biography:
Jodie is currently based near Cambridge, after recently graduating from Cambridge School of Art. She enjoys drawing and design, occasionally with elements of animation. The themes found in her current work are often related to her personal interests of atmosphere and light sources. 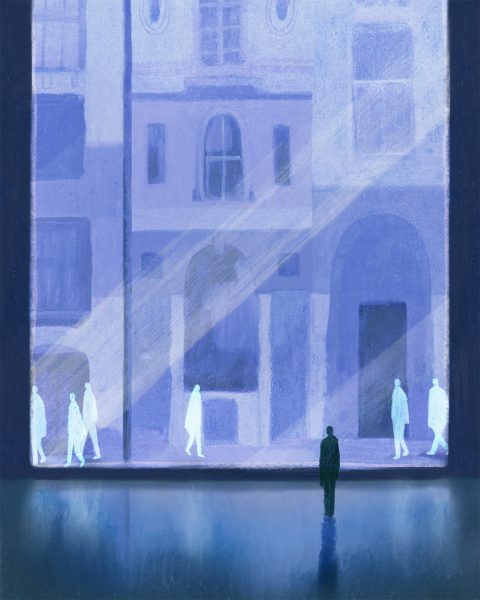 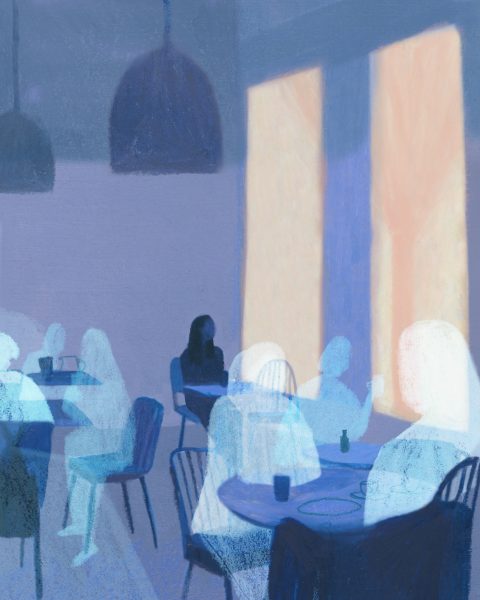 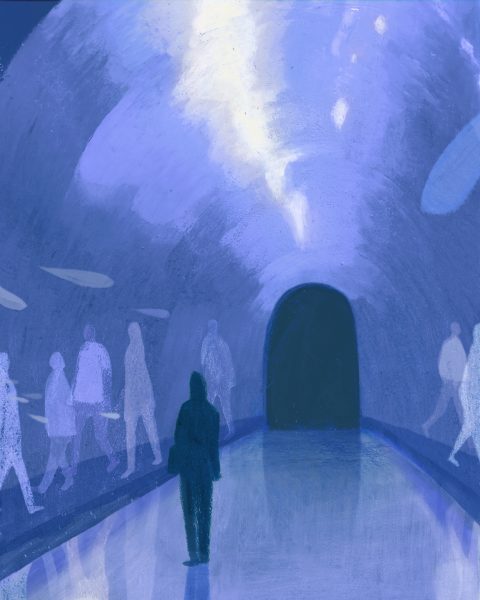 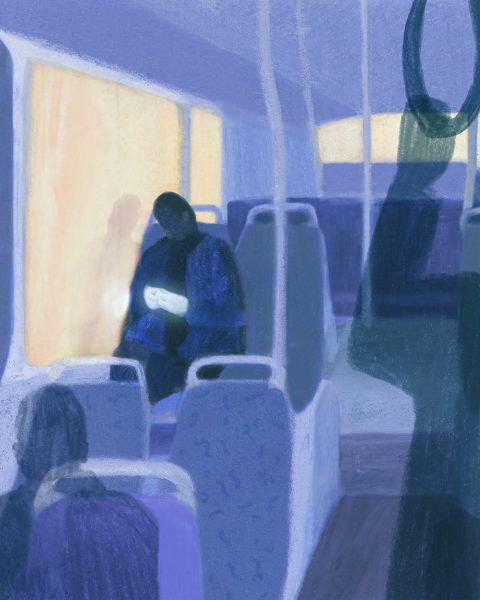 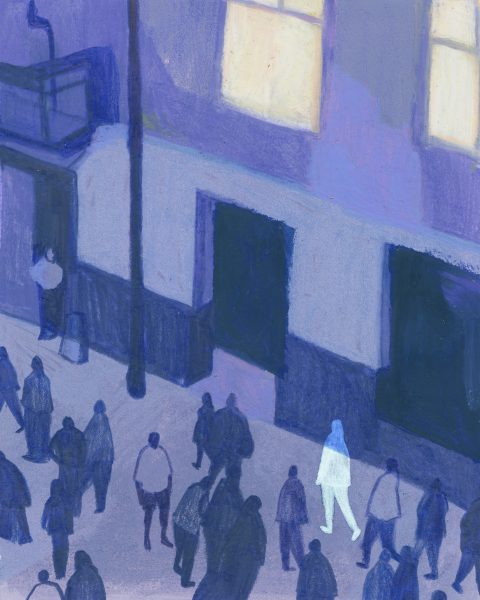