Why did you make this work:
I was contacted by BBC History magazine to produce an illustration for an article about gendered health inequality throughout history. I was given the article to read and creative freedom in my interpretation. Throughout history, those with a uterus have had their pain dismissed or demonised; for their biology, and the gendered expectations and biases that have been societally attached to it.

How did you make this work:
This is a digital work influenced by collage and traditional drawing. I was inspired to visualise the pain of Endometriosis - with brambles taking the shape of a uterus, wrapping themselves up the nervous system. The doctor's hands are imposing - plucking at an ovary/blackberry, and cutting away superficial symptoms/branches, without necessarily getting to the root of the problem.

Biography:
Jennifer N. R. Smith is an award-winning illustrator and the director of WonderTheory Studio, based in Bristol. She studied Drawing at Camberwell, UAL, and is also a qualified scientific and medical illustrator, using her creative and technical training in tandem. She has worked with clients such as Thames and Hudson, Virago, Wildfire, Penguin Random House and The British Library. 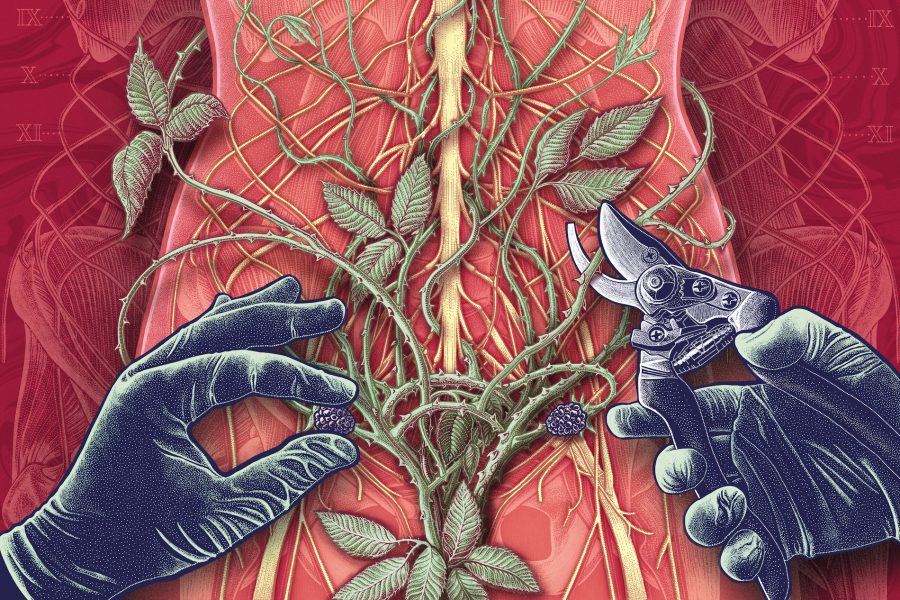