Jasper Wong is an artist, illustrator, and curator. As an artist, he has exhibited worldwide, in places such as Japan, California, France, London, Mexico, New York, Hong Kong, Chicago, and Australia and he has been selected on multiple occasions by Archive magazine as one of the 200 Best Illustrators worldwide. He has also scored press in publications such as Communication Arts, Society of Illustrators, American Illustration, Taschen’s Illustration Now, Hypebeast, Booooooom, Arrested Motion, Hi-Fructose, Acclaim, Complex, Vice, Highsnobiety, VNA, Street Art News and Juxtapoz. Wong has been chosen as one of the HB100 multiple times. A list of Hypebeast’s 100 most influential figures in the industry, which includes the likes of Kaws, Pharrel, Banksy, Jay Z and Kanye West.

Jasper Wong is also the founder of a gallery in Hong Kong called ABOVE SECOND. In its existence, both Monocle magazine and CNN have chosen it as one of the best galleries in the city. He is the creator and lead director of POW! WOW!, which is a non-profit organisation of contemporary artists committed to community enrichment through the creation of art outreach programs, educational programs and engaging the community in the creation and appreciation of art. He is also the co-founder alongside Jeffrey Gress of a creative community centre called LANA LANE STUDIOS, as well as a streetwear brand called BIG BAD WOLF with his wife, Amy Wong. 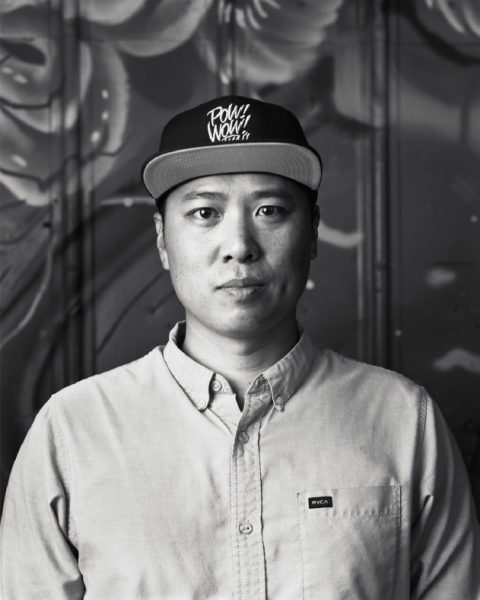